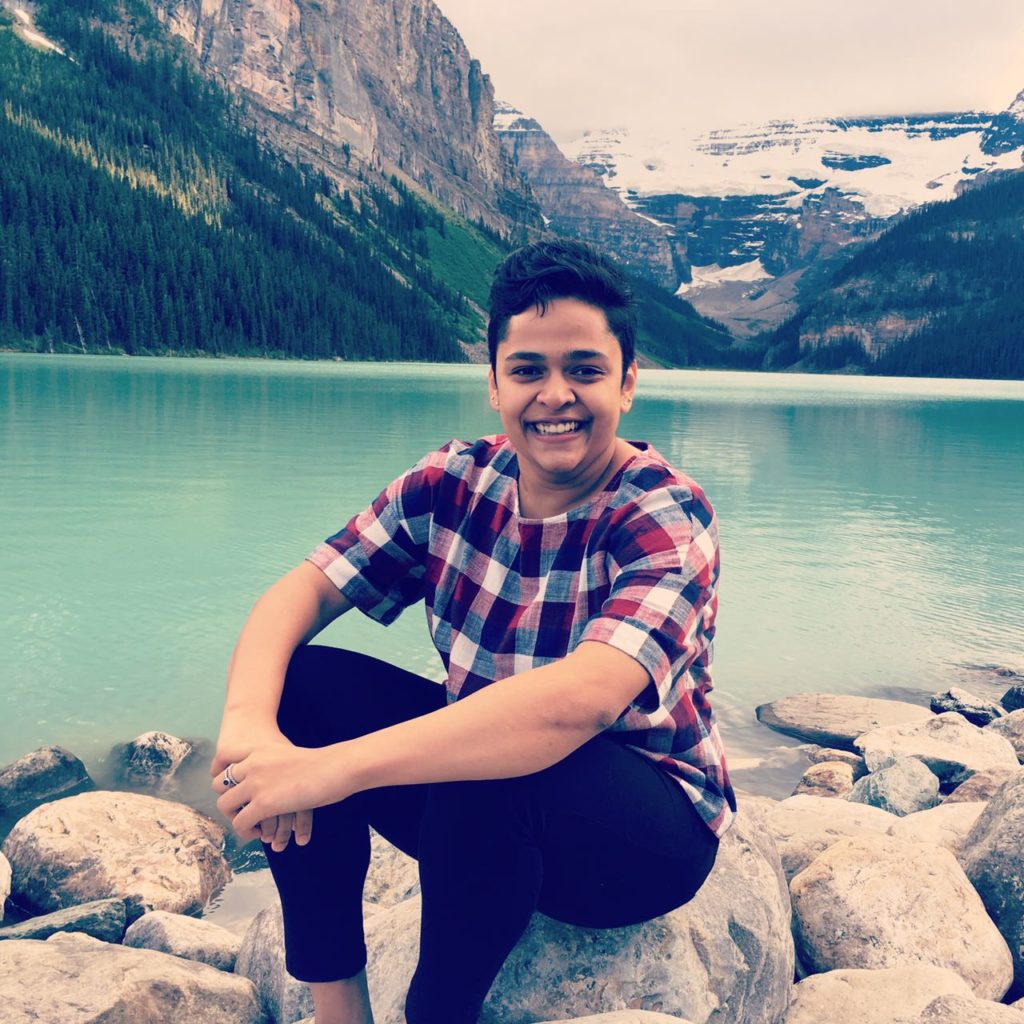 “People will always bog you down and label you but you must never cower down.” These are words of advice from a young 22 year old. And no, this is not any ordinary girl but India’s number 2 and world’s no 35 women’s doubles Badminton player and Bangalorean Poorvisha S. Ram.

Completing her schooling from Sishu Graha, Poorvisha pursued swimming and badminton with equal gusto as a child but later had to choose one. Having has been on the court since she was 10 she left the decision to her coaches who decided that she would focus on badminton. She specializes in the women’s doubles and well as mixed doubles badminton categories. In the junior circuit, she has completed a hat trick winning the national champion three times continuously (2010, 2011 and 2012), something that she considers as a memorable milestone. Poorvisha was only 12 when she represented Karnataka at the national level and in her first individual win at a national level inter-school competition was in 2008. In 2009, she won second place in women’s doubles at the 35th National Sports Festival for Women and later also represented India at the Li-Ning Singapore Youth International Series winning a silver medal in the women’s doubles event. Poorvisha’s current doubles partner is Meghana Jakkampudi, who also started playing badminton at the age of 10. They currently train at the national centre, which is the Gopichand Badminton Academy in Hyderabad, under the world renowned Pullela Gopichand. So I ask her why she chose doubles over singles and she says, “I really enjoy playing doubles and I have never felt that I am sharing glory and it is wonderful that you come together with another person and create something amazing together. The whole idea of women’s playing doubles is nice and it teaches you a lot of endurance and patience. And with Meghana, it is great as we are the same age and we played for a year and half together in the junior circuit. Later we decided to play together and the partnership has worked out really well as we have the same goal from the sport and we are very like minded.” The duo currently trains at the national centre which is the Gopichand Badminton Academy in Hyderabad under Gopichand, Arun Vishnu and Pradnya Gadre. They have participated in many international tournaments this year as well including the Syed Modi Grand Prix Gold (2017) where they made it to the quarterfinals, All England Championships, Bareilly Senior All India where they won the women’s doubles winner and mixed doubles semi finalist and India Open. 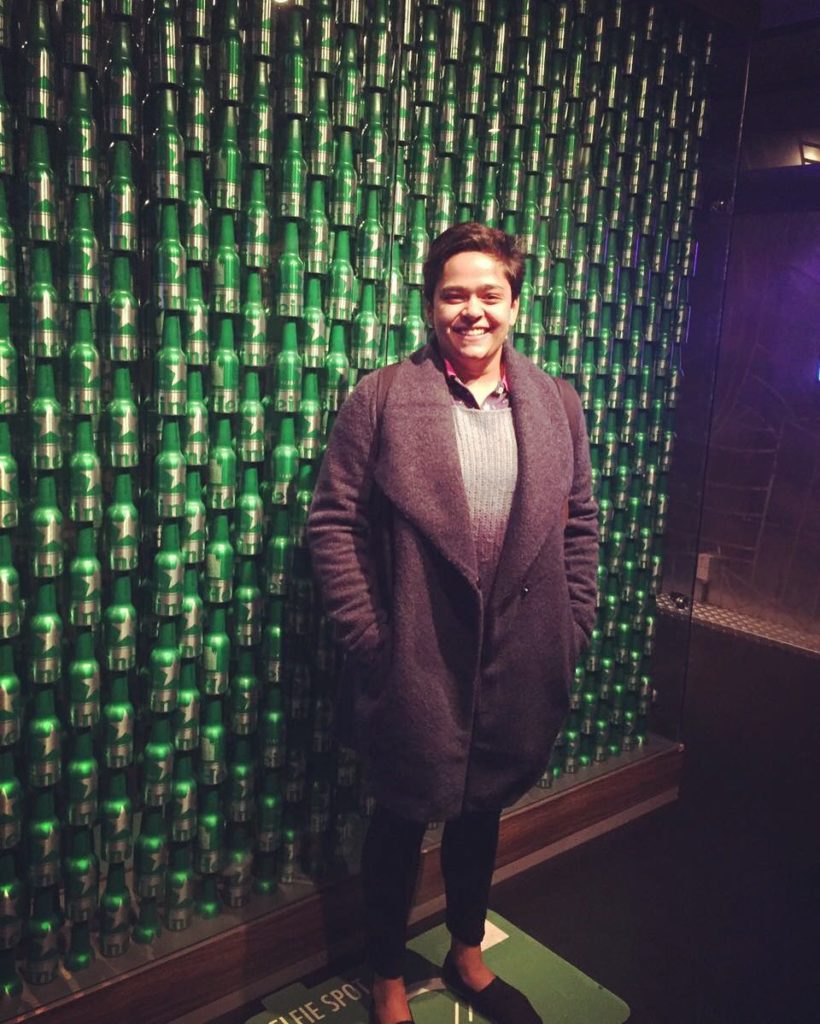 Post P. V. Sindhu’s outstanding run at the Olympics last year, badminton as a sport is currently enjoying a lot of attention which has been great for the sport too. So I ask Poorvisha how this has helped her being a shuttler herself. “A lot of people now appreciate our sport and a lot of them watch it too and understand it is not a very easy sport. It’s nice that now people are looking beyond cricket and a lot of corporate are coming forward to help players.” In fact she and her partner participated in the recent All England Championships, their first Superseries premier via a crowd funding initiative. “My friend’s uncle who lives in Birmingham is a big fan of the sport and keeps following badminton and what we are doing. When I told him we were looking for help to fund at least our tickets and stay he reached out to his friend’s circle and at least 30-40 people came forward and pooled in money for us and we managed to play in the tournament.” Naturally playing at a competitive level requires a high level of fitness and she and Meghana start their day at 6.30 a.m. and play for 6 hours a day. “The morning hours are spent improving our skills and working on our weak areas and the evening hours is mostly for gym and cardio routines. Closer to the tournaments we spend more time practicing together.” 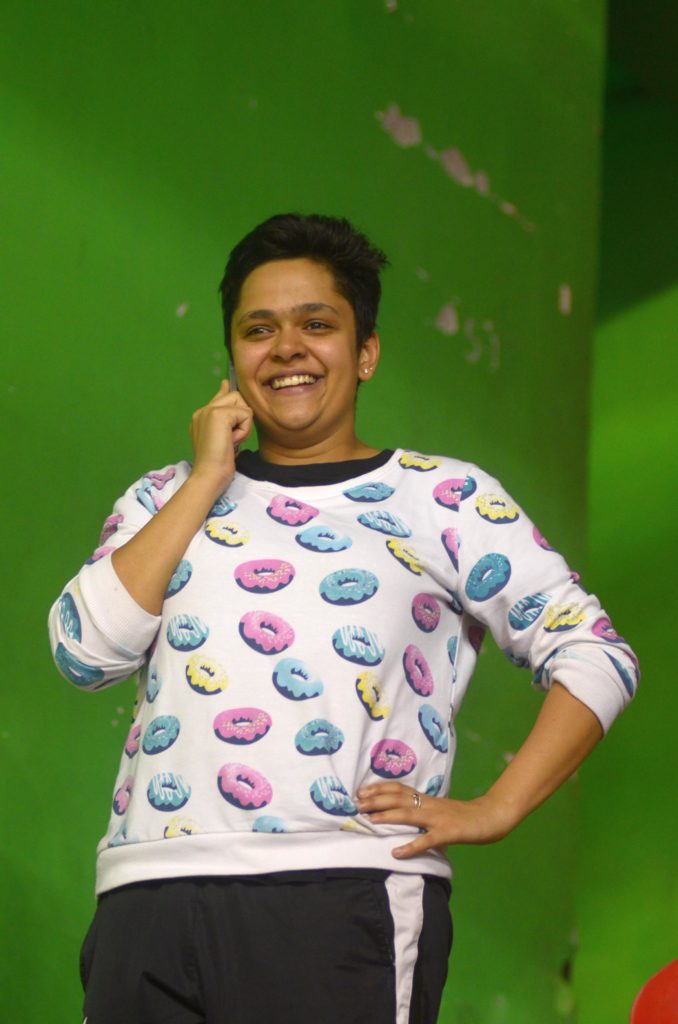 Still in her early 20’s, Poorvisha admits that she really has no time to do what other people her age do and even when she has the time she has no energy left to go out as she trains in Hyderabad where her life is very hectic. So I ask her if was hard to move from Bengaluru to Hyderabad for training and her answer surprises me. “It was what I wanted to do for the longest time and I was ready to move in 2012 itself but my parents insisted that I at least complete my 12th before moving out. I was extremely keen to train at the national academy as I wanted to make something out of this sport and I eventually moved in 2013. Now at times I miss home and my few friends but to be honest I have absolutely no time to think what is happening back home now.” However it does help her that her mother lives with her and she admits that she enjoys watching an occasional movie with her. A self confessed music buff, Poorvisha says that the sport has taught her to never stop trying till she succeeds. “That is something you learn everyday and no matter how many people tell you that you are useless and you are wasting your time, you should take it upon yourself to work hard and prove them wrong. In fact a lot of people told me I was lazy and fat which I was at one time but I worked hard to change their opinions. You must believe that good will come to you when you work hard.” Her future goals are crystal clear. “I want to work hard and focus on the game and my long term goal of course is to be able to play in the 2020 Olympics. However my immediate goal is to be able to up my game to be able to qualify and play in the Commonwealth Games next year.” Poorvisha is a shining example of what focused hard work can do and here is wishing her all the best.

This story appeared in the April 8, 2017 issue of Deccan Herald She here.