You may have seen her as the female lead in the serial Anuroopa aired on Star Suvarna or as an anchor on shows in Chandana, Kasthuri Kannada, Zee Kannada and Colours Kannada and other stage shows. She also played the supporting lead in the 2015 film Mirchi Mandakki Kadak Chai. Meet Apoorva Bharadwaj who has several interesting projects in the pipeline.

Apoorva admits that she never really had acting on her mind as she always wanted to be a technician. She worked for a few reality shows before she started acting. “It was one of those regular days on the set of the reality show where I was working and I got a call from the fiction head of Suvarna channel asking me to attend an audition for a serial.  At that point of time, I was not serious about it as I never thought I could act. But I still went ahead and gave an audition and to my surprise, I was selected for Sunaina’s role in Anuroopa directed by V Madhusudhan.  This is still my favourite character that I have played so far as I relate to the role.” So being an outsider with no connections, did she find it hard to break into the industry? “Well, I was a technician and also use host a few programs so I was part of this industry but acting was new to me and I did not know how acting actually worked.  God was very kind to me and I got into the right hands at right time. I have worked with a few amazing directors and actors and thanks to them my journey has been smooth so far.” 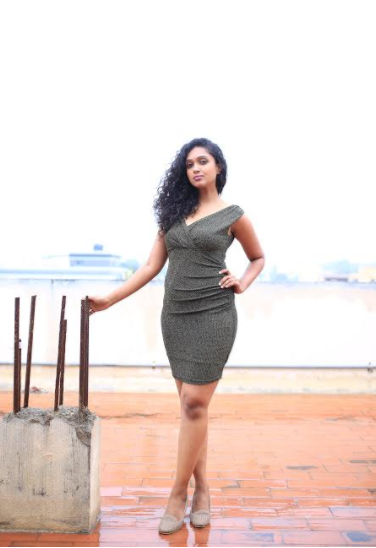 Apoorva is currently working on B. Suresha’s Uppina Kaagada as the female protagonist where she is playing the daughter of T S Naghabharana. She is also part of Vaarasdaara, a serial under KichchaSudeep Productions for Zee Kannada where she is in a pivotal role and also the lead in the serial for Chakravyuha on Kasthuri Kannada. So does she have a role she really likes? “I can’t really choose one as each role was different and was learning for me. But Uppina Kaagada is by far one of the best experiences I have had.  It was very different experience as compared to acting in serials as I had to emote more through my face and my eyes as compared to body language. My character goes in search of her father as he would have left her mother. The film unfolds explaining the reasons behind why he did this and what happens when I actually find and meet my father. It was so good shooting with such talented people who were so humble and I got to learn so much in those few days. And the location was mesmerising. Another role would be the role of Antara for the serial Girija Kalyana where I am playing the negative lead. It is a role of a witch; a loud character that requires emoting through body language. I think this role is another extreme when I compare my roles in my previous serials.” In Vaarasdara Apoorva is playing a character of a bold and strong girl who is in love with a person from the rival family. “I now choose scripts based on the versatility and how different it is from those that I have already done. Since it’s just been two years into acting now I haven’t experienced lot of characters yet, so looking forward to do more and more challenging roles.” 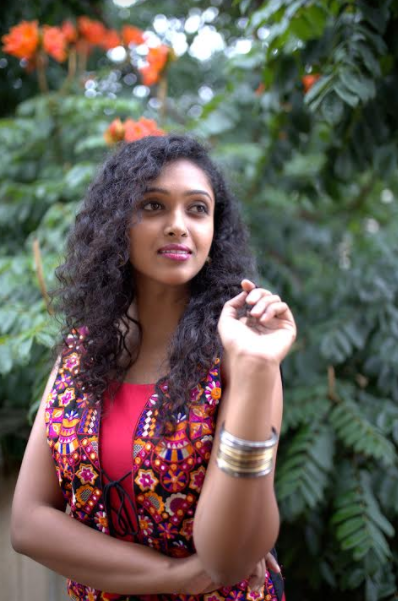 A movie buff she loves watching movies whenever she gets the time. “I like singing and my latest addiction is making dubsmash videos, they are so much fun! And I’ve recently started writing short stories.” She also has an interesting take on competition in the industry. “Every field is challenging. I think that is what keeps you on feet and these days there are a lot of talented actors.  More challenges will make you work harder and that leads to more learning. I believe in learning each day and enjoying work so this sort of helps me get over the pressure of the industry.” She has recently signed a Telugu thriller movie April Fool directed by Nagacharan. “The role is amazing and requires a lot of mental preparation and we start shooting in a few months.” Looking ahead she is hoping to do work that takes her out of her comfort zone. “I also want to work with various directors and also want expand my horizon and try acting in different languages. But the technician in me is very much alive and I want to start my own production house and produce some really good shows,” she signs off.