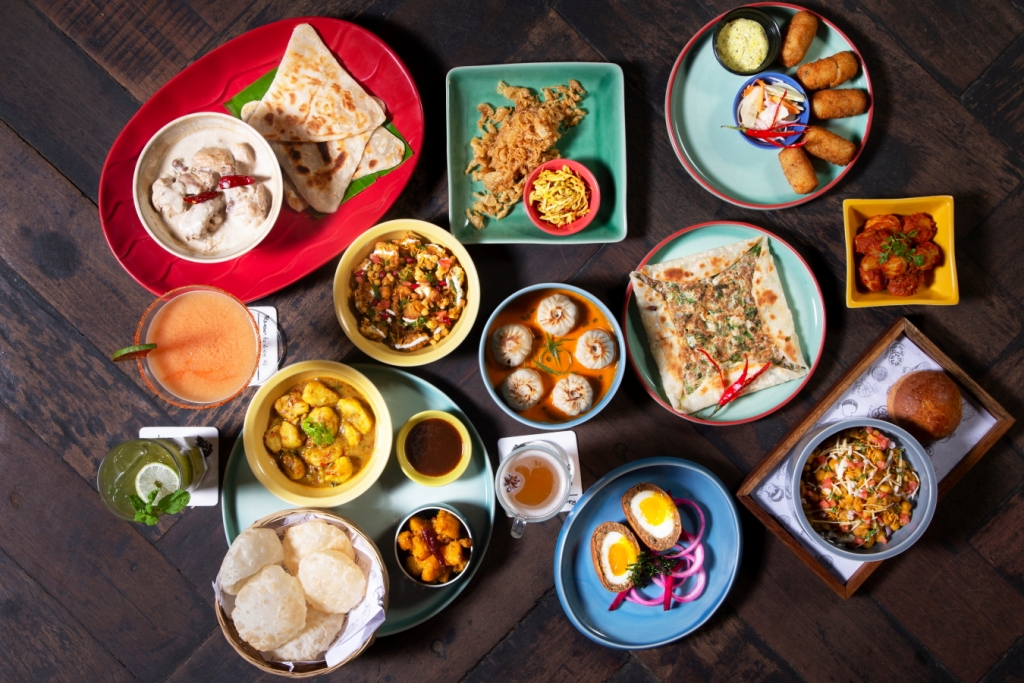 Food is a great leveler and when it comes to street food it evokes fond memories too. And if you are in Kolkata, its vibrant street food culture is sure to cast its infectious charm on you.

The aroma is enticing. Wafting through the streets of Kolkata is a culinary revolution like no other. It draws you and once you are in, you find the stairway to culinary heaven. Welcome to the street food culture that is an integral part of Kolkata – another reason why this is after all the city of joy. What makes Kolkata’s street food unique is the wide spectrum it covers from cooking techniques, to flavour profiles and textures, the influences from various communities and ethnic groups and an amazing loyalty to family recipes.

The street food of Kolkata covers a wide range of tastes, textures and flavours. From the part precooked “Ghooghni” to the on the spot “Jhaal Muri” from vegetarian dishes such as Kachoris and samosas to non-vegetarian options like chicken momos and Mughlai Porotas. The sheer range and variety of street food in Kolkata beats any other city. “My personal favourites have unique flavours and texture and most interestingly the very simplicity of the dish – Jhalmuri, Phuchkas, Momos, Chow Mein, Kathi Roll, Mughlai Porotas, Luchi with Aloo Dum, Ghooghni, Dimer Devil (Devil Egg), Fish Roll, Fish Kabiraji, Kosha Mangsho, Chicken Rezala. The list is actually endless. Fascinating to me is the uniform price point and sheer volume of street food available across the length and breadth of the city making it accessible to everyone,” says Dheeraj Varma, Head Chef, Monkey Bar and Co-Curator of the ongoing Street Food Festival, Next Stop Kolkata. Iti Misra, Kolkata Based Home Chef and Curator of Food Pop-Ups & Experiences sums it succinctly when she says, “you can find both wok tossed Chinese snacks or deep-fried dishes with its Colonial influence, such as chops and cutlets.  Some are steamed, some stir fried, some boiled and some freshly assembled in the way a salad is made. There are various textures, flavours, cooking techniques and ethnic origins.  The streets of Kolkata are veritable smorgasbords of food on the go.”

An interesting part of the cuisine here is the myriad influences of various communities – Chinese, Tibetans, Marwari and Gujarati traders, the British colonists, the last of the Mughals and the Bengalis. For instance, Bishop Lefroy Road was once where a larger number of Tibetans came to live and started making a living selling momos out of their homes and this became a destination for a reasonable meal for college students and even to date momos are symbolic in Kolkata Street Food. “Kolkata also has a strong ‘chop cutlet’ culture and one will see chops sold at the small cafes and ‘çabins’ spread across the city and its suburbs. These dishes possibly trace back to the kitchens of the British clubs of Kolkata or inherited from the Khansamas and cooks of the Colonial bosses,” adds Varma. Many of these dishes find place in the menus of Michelin Starred restaurants, bars and pubs around the country. Kolkata street food has inspired both Indian as well as iconic chefs around the world and has put a Indian cuisine on the world food map. Though there are specific item from Bengali kitchens available on the streets, there is a considerable selection of food on offer that has been adopted from each state famous for its specialty too. “What is also a brilliant example of Kolkata’s multi-culture in itself is that most of its street food does not really originate in the city. Be it the momos made famous by the Tibetan joints, the dumplings by the Chinese settlers, the meat-laden delicacies brought in by traditional Awadhi cuisine experts, or the ‘chop cutlet’ obsession probably caused by the plethora of British clubs in the city. But almost every ‘evening snack’ or ‘quick bite’ that has been passed through the sieve of Kolkata, has undergone slight changes to find its unique identity,” adds Misra.

Kolkata, historically, was the hub of trade and communities from all over India, as well as some parts of the world, came here to seek their future.  They lived in particular localities in groups of their ethnic identities.  Soon some enterprising person cooked their delicacies and put it out on the streets to make it readily available to their neighbours. Popularity spread and these items, though originating in a particular locality, got replicated all over the city. “To give an example, Chinese traders/ refugees first came to Kolkata and settled in the Bow Bazaar/Tiretti Bazaar area, this area then became famous for street style Chinese food.  The early morning Chinese breakfast was a must experience thing in Kolkata. The legendary Fat Mama was an incredible cook and people came to taste the delicacies fresh off her wok. The British undoubtedly, left an impression on the street food culture. Aspirational middle-class residents, who had no access to British homes or their clubs, chose to go to the streets for their chops, cutlets and stews,” avers Misra. The Awadhi Muslims who followed Wajid Ali Shah to Kolkata brought their own brand of Kababs, Parathas and Kormas to the street tables are now hugely popular among all the people of Kolkata.

The street food of Kolkata has definitely changed. It is now far more cosmopolitan and has tremendous variety.  Almost everything is now available on streets though it is not strictly street food.  There are items like tandoori chicken, naans, Daal Makhni and even Biryani available along the pavements, which were not there before. Angshupriya Danda, Communications Director, Co-Founder, 2wenty7 Inc. a communications agency in Delhi says, “one of my earlies memories of Kolkata’s street food is as a five year old trotting down the lane to have ‘Puchkas’ from the local school side ‘Puchka-wala kaku’ as we fondly call them, used to make some amazing mouthwatering puchkas. And the puchkas back then costed only 2 bucks for 6 pieces! Another warm memory that I shared was to hold the hands of my late grandfather to go to this famous Mitra Cafe for having these superior fish fry! Nevertheless any kind of street food available in nooks and corners around the by-lanes of Kolkata are pretty much amazing. You can never have enough of them. We are ‘Bhuribhoj bangalis’ and food is like religion to us.” Something that resonates with Tirna Chowdhury, PR Professional based in Kolkata who avers, “this city is a gastronomical melting pot of diverse communities. In my city, people love their addas (haunts) at street corners. Food, therefore, emerges as an important factor in their daily routine. Kolkata’s kathi roll, Jhal Muri, Phuchka (Panipuri) and telebhaja are famous. Street food is simply an emotion to me and to all the Kolkata people. As a lot can happen over Kolkata street food, we don’t actually wait for a cup of coffee for that.” Well raise a toast to that and the next time you are in Kolkata make sure you tuck into the gastronomic delights for yourself.