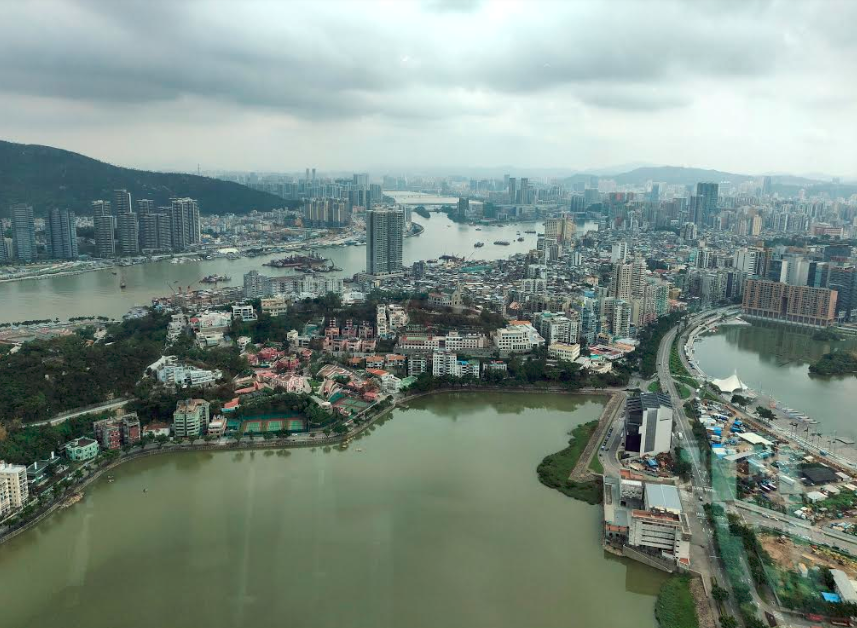 If there was a destination that is a complete package – replete with food, fun, adventure, history, culture and luxury it has to be Macao.

An hour’s ferry ride from Hong Kong International Airport brings you to the Vegas of the East and special administrative region of China – Macao. With its Portuguese past, Macao has an interesting mélange of all things Macanese – a combination of its Chinese roots and Portuguese history that makes it a destination like no other.

To start you trip on a high – well literally and figuratively head to the AJ Hackett Macau Tower, which has the Guinness World Record for being the world’s highest commercial bungee jump at a staggering 764 feet high. A glass fronted elevator will take you up to the 58th floor within 60 seconds and you are treated to remarkable views of the city of Macao. Once you soak in the views over coffee or ice cream, head to the Adventure Deck at Level 61. This is where you can take an outdoor Skywalk, Skyjump, Bungy Jump or do the Tower Climb from the tower with world-famous A.J. Hackett’s Urban Adventures. An observation deck is below and you may see people jumping off while admiring the view so there is a signage that reads “Caution – Falling People”. The adrenalin rush that you will get on these experiences is exhilarating but be aware that this is quite awe inspiring and not for the faint hearted. Once you have had a fill of adventure, head to the City of Dreams to witness the spectacular show – ‘The House of the Dancing Waters’. The beautiful show that runs for roughly over an hour is written and directed by Franco Dragone. The show happens on a massive stage pool that holds 3.7 million gallons of water and depicts a beautiful love story (a la Bollywood) chronicling a beautiful journey through time. The superb costumes, special effects, breathtaking acrobatics and some nail-biting stunts on bikes make for an experience like no other.

Behind the glitzy sky scrapers however is a city that is still hanging on to its roots. So, when you are here you must visit ‘The Historic Centre of Macao’, a UNESCO World Heritage Site that has over 30 monuments and buildings of Portuguese and Chinese origin. This is where you are transported to a sepia toned age where you can see the architecture, streetscapes, temples, mansions and more that have stood the test of time. Taking center stage if course are the iconic ruins of St Paul’s which was once the Church of Mater Dei and was destroyed by a fire in 1835. All around you see neo-classical buildings and to know more step into the archaeological remains displayed in the exhibit room of the Na Tcha temple. This is where you can see remains of ceramic objects, a stone pendulum, parts of roof tiles and a stone wall. The earthen stones located behind the facade of the ruins were compacted using traditional materials and technique and happen to be the best preserved Chunambo walls in Macao today. Also visit the Taipa Houses whose sea green façade are a testament to the charming Portuguese architecture. The five houses have been revamped to a museum and showcase how the people would live in the past A few houses are also used as art galleries and this place is as serene as it is insightful. And you can simply relax on the wooden benches outside and soak in the beauty of the place that overlooks a shallow water body.

One of the key attractions of Macao is its varied cuisine – Macanese food that has a mélange of Portuguese and Chinese influences. Whether it is coffee shops that serve some fine coffees to bakeries that dish out the famed Portuguese egg tart, there is much to eat here. From traditional eateries to swanky restaurants, small hole in the wall shops to old bakeries and tea houses, the choice of food is quite endless. There are several pubs and bars that dot the city and you can try unique cocktails that have a local twist too being mixed with Chinese herbs. Meat lovers will go gaga over the varied food choices from red meat to sea food but there are several options for vegetarians too so food is never an issue here. If you are looking for a holiday destination that has many surprises up its sleeve head to Macao – it is full of beautiful moments.