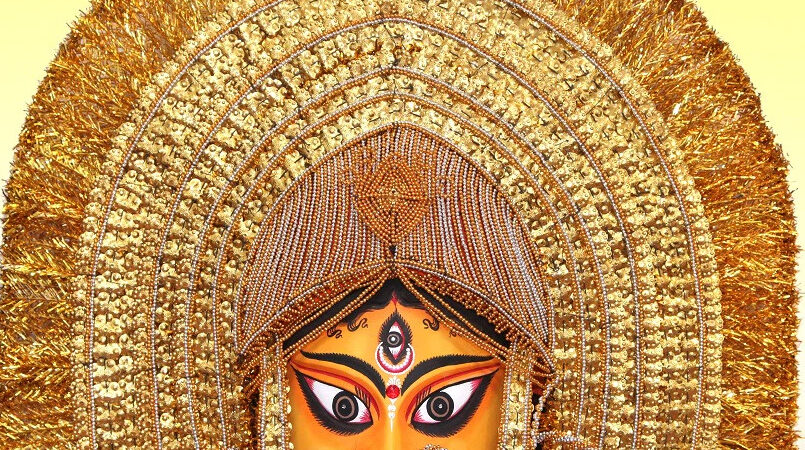 The tradition of masks in India and abroad is ingrained in a deep-rooted cultural ethos which makes them both magical and mystical.

Masks are an intrinsic part of the culture and have been used for storytelling, performing arts, as a statement piece of traditional art and sometimes even to just ward off the evil eye. In India, masks play an integral part in rituals and performance arts representing deities and demons.

Chhau Mask is a traditional cultural heritage of Purulia in the state of West Bengal associated with the age-old dance forms & is made by the Sutradhar Community. These masks are made & used in the Chhau Dance to narrate different mythological stories like Mahishasur Mardini, Ram & Ravana, Durga & Asuras, Kali, Ganesha, Shiva, Laksmi, Kartika, Krishna & many more.

“In a Buddhist cham (dance) ritual, an elderly man’s character mask is worn by people in the Monpa region of Arunachal Pradesh. It is traditional and used many times by the monks, it is rare in style and something a museum would want to own,” says Dr. Meenu Kumar, Founder Cosmo Arts Gallery.

Masks have been an integral part of Indian traditional art – performing as well as visual art, and are inspired by the rich heritage of India.

Divine figures masks like Durga and demons from West Bengal are made from wood or paper pulp. Collectors, galleries, and museums are now realising the significance of Indian folk art. Chhau has a long history of popularity. People in Purulia, West Bengal, have been manufacturing masks for the Chhau dance, a semi-classical tribal dance of eastern India that has been designated as intangible by the United Nations Educational, Scientific and Cultural Organization (UNESCO).

Masks from the North-East part is the one inspired by Buddhism Used for the Cham ceremony. In a Buddhist cham ritual, this is an elderly man’s character mask. It’s from the Monpa region of northeast India’s Arunachal Pradesh. It’s traditional and used many times by the monks, it is rare in style and something a museum would want to own.