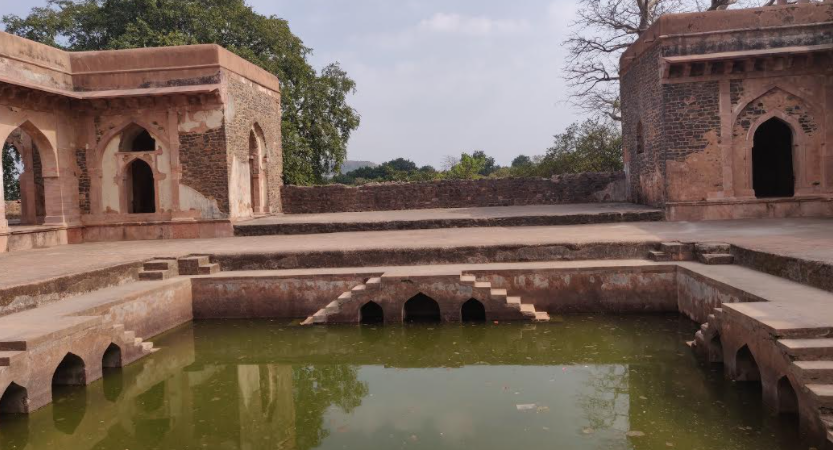 Located 90 kms from Indore, Mandu stands a mute spectator to the eternal love story of Baz Bahadur and Rani Rupamati.

The 16th century legendary romance of Rani Rupamati and Baz Bahadur is what this town is best known for. A local lore says that Narmada was so impressed by Rupamati’s devotion towards her, that she appeared in her dreams and asked her to dig the space near the foothills of the Baz Bahadur Palace where she would appear. An excavation was done, and the water did come out from the same spot. Others believe that the tank is fed by River Narmada’s water from an underground natural fissure.

The romance between the Muslim ruler and his Hindu queen is still hailed as one that was way beyond its time and is a testimony that love conquers more than you could ever imagine.

Read the full story that first appeared in The Hindu dated March 28, 2021 here: