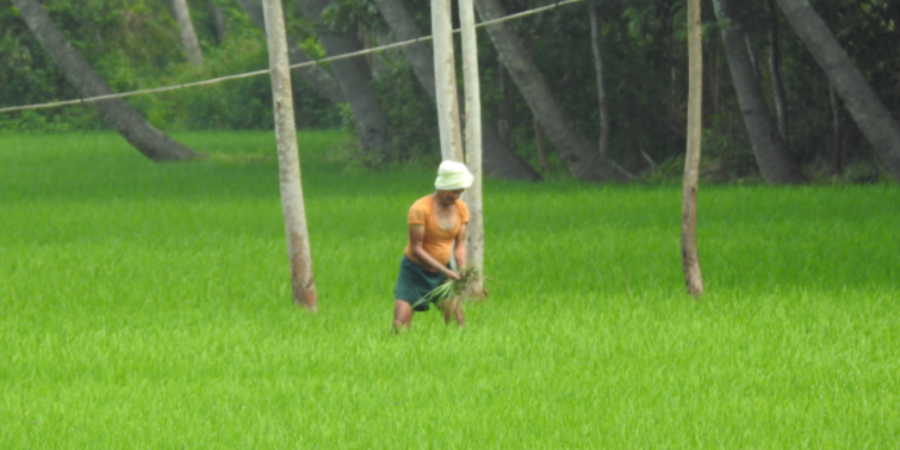 Syed Ghani Khan in Kirugavalu village and Bhattada Boregowda in Shivalli village are farmers from Karnataka’s Mandya district who are doing their bit to conserve native variants of rice.

These two farmers who are working tirelessly to save the traditional paddy variants from extinction while adopting organic farming practices.

The stairway to the museum has a colourful painting of Lord Balarama with his trademark hull with the title ‘Farmer’s God’ that takes you to the first rice museum set up by a farmer in Karnataka. Stared by Boregowda, who is called Paddy Boregowda or Bhattada Boregowda (Bhatta means paddy in Kannada) in 2009, the museum is home to a variety of rice variants as well as showcases some of the old farming tools in a large hall in his brother’s house.

The Rice Diversity Center in Kirugavalu in Malavalli Taluk has been setup by another farmer Syed Ghani Khan. This is a rice museum that is located on the first floor of his home and has a display of over 1300 varieties of native rice.

Read the full story that first appeared in The Tribune dated Nov 1, 2020 here: