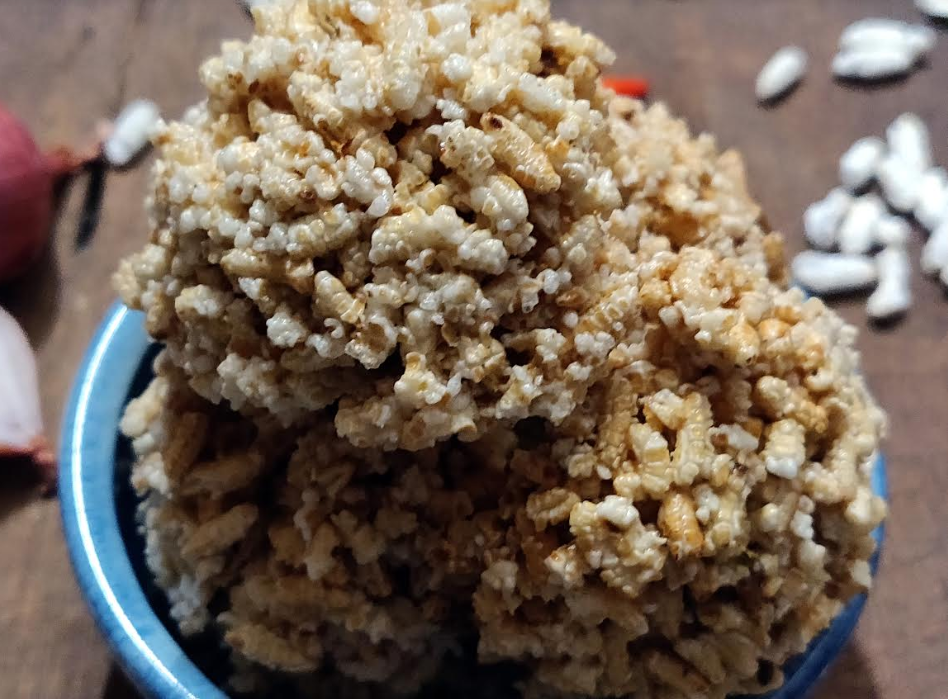 Aralu Sandige is a childhood food memory that has firmly stuck in my mind and one that always brings a smile on my face.

Summer is a season that is my least favourite. Growing up in Hyderabad it meant scorching hot days and sudden power cuts. However, the small independent house I grew up in was surrounded by greenery and had a small back yard space open to the sky where every summer something I loved happened.

It was the making of the Aralu Sandige that till date remains my most favourite vadam or fryums. Made with puffed paddy rice, sago, green chilies, salt and either onions or pumpkin, a heady aroma filled the house as my mother would start preparing the base for the sandige. As children, my sister and me would always eat some of the mushy gruel with utmost relish and even take a bit off the sandige while it was put to dry. This was the time when the unrelenting summer heat was conveniently forgotten as the dried sandiges made their way into our lunch and dinner plates. The drying process took just a couple of days thanks to the bright sunlight and once ready, they would be deep fried and it was a sight to see the shrunken sandiges, rise and expand magically to create a crunch that is a distinctive aspect as it is a strong memory. And there would be enough made to last a couple of months and I would look forward to the next season for the ritual again.

Read the full story that first appeared in The Hindu dated June 28, 2020 here: