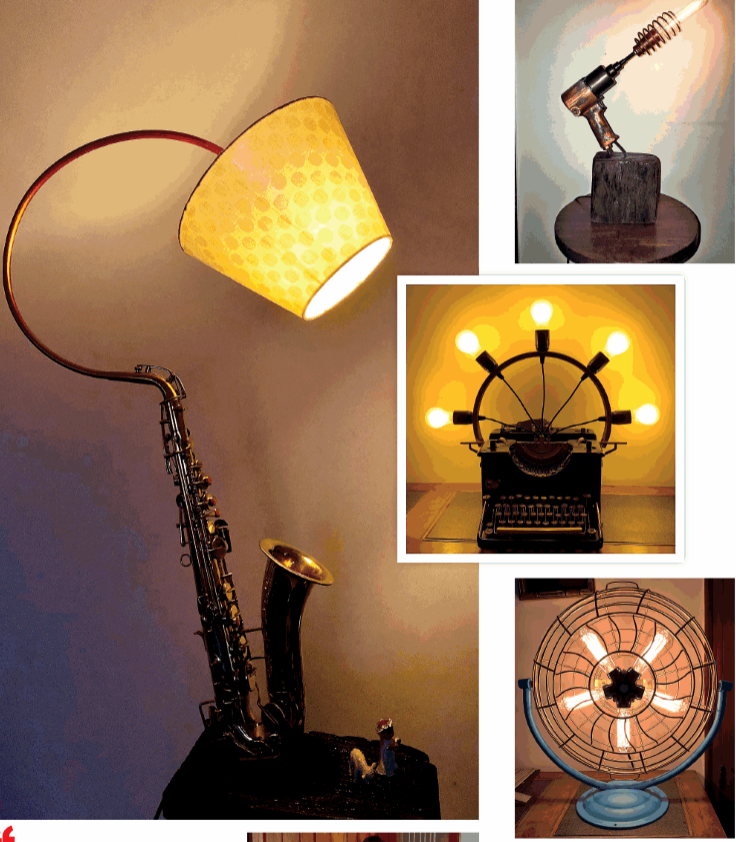 Sanjay Bhat is a Creative Director with an advertising agency but it his hobby of upcycling products to make lamps through his appropriately titled venture End of the Tunnel.

What would you do with a piece of wooden log, an old shoe last, an old air drill, a defunct camera, a cycle handle and an old mincer? Probably you would instinctively discard them as being scrap or useless. But Bengaluru based Sanjay Bhat is different. He actually upcycles all of these items and more to create aesthetic looking light fixtures. Yes you read that right. And if you are wondering how, read on.

Originally from Siddapur in Uttar Kannada, Bhat moved to Bangalore to do his Bachelors of Applied art at Chitrakala Parishat. “I have moved around a fair bit since then, but Bangalore has been home for over a decade now.” For someone who admits that the concept of upcycling has always existed, he agrees that it always never really had a name. “I remember playing with a traditional charkha (spinning wheel loom), embellishing it with serial lights and finally getting mildly electrocuted. Experimentation was always part of the fun,” he laughs. Bhat has spent 28 years in advertising to date starting his career at Ogilvy One back in 1991, has worked at Wunderman, Chennai for two years and is now working in Wunderman Thompson in Bangalore. Naturally the creative spirit has not just been part of him but has nurtured and grown through his career as well. “I think everyone is creative. Some of us just get lucky to be able to make a living out of it. I am one of those people and I have spent my time honing creativity, for work and play.”