Goos is bringing his popular radio show ‘Journey on Tour’ for the first time to Bangalore at Puma Shuffle.

The name Guha Bharadwaj may not strike a chord immediately but say Goos and you are probably tapping your toes to the thoughts of his lilting music. Born in Doha Qatar to musically inclined parents who introduced him to rock music at a very young age, his deep-seated love for percussion instruments led Goos on a pursuit to learn the Mridangam. This subsequently enabled him to also take up drumming, giving him a well-rounded understanding of percussion. Goos discovered his passion for dance music through the unique sounds of Eric Prydz and Roger Sanchez. “I have been a long time clubber and have always been intrigued by the thought of mixing tracks seamlessly to make it so much more than two songs. I decided one day to go and learn how this was done and it led me to this point. Music has always been a part of my life right from the time I was a kid.”

With a combination of steady, yet very well received gigs, Goos brings a distinctive energy to the floor. He has played alongside international artists such as Julian Jeweil, Olivier Giacomotto, Lane 8, Yotto, Ben Bohmer, Dee Montero, Tinlicker, Kora, Theo Kottis, Eelke Kleijn, Sebastien Leger, Joseph Ashworth, Roger Martinez, Dousk, Roger Sanchez, Kid Crème and Funkagenda among others. “There is so much to learn watching all these artists. They are playing in so many clubs across so many countries throughout the year and to just observe and learn from them is inspiring. Of course, it is always amazing to chat with them and to hear producers play out their own tunes and even more so when the artists are such stars. All these artists are very humble, grounded and incredibly passionate about music.” Goos hosted his own showcase at the Amsterdam Dance Event (ADE) in 2018 titled Journey on Tour presenting artists from around the world. His sets have been featured on Evermix (UK), Everything will be OK (UK) and 50:Hertz radio aired in Netherlands and US. “Playing in Amsterdam for the first ever ‘Journey on Tour’ showcase was definitely a highlight. Apart from that, there have been some great shows with Yotto, Theo Kottis, Satellite Festival to name a few.” 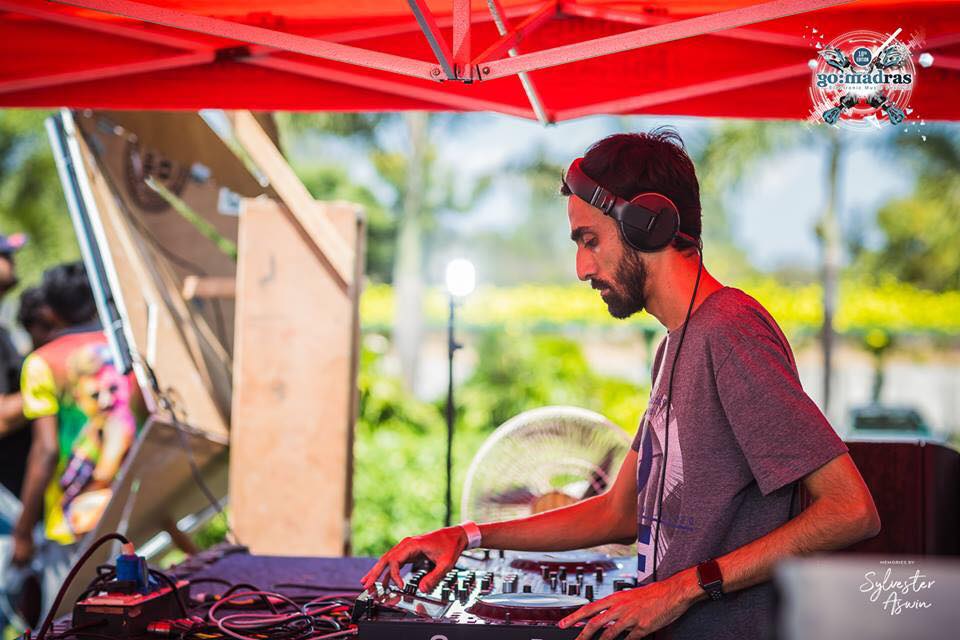 His fortnightly podcast ‘Journey’ showcases the full range of sounds of this versatile artist apart from a rotating roster of guests. Goos is bringing his popular radio show ‘Journey on Tour’ for the first time to Bangalore at Puma Shuffle. In just under 3 years. ‘Journey’ has become the go-to podcast showcasing the best eclectic, deep and melodic sounds from artists across the world. “Every gig or set you hear exposes you to new sounds and in that sense it is always a Journey. I enjoy listening to a lot of varied types of music. Journey has been a platform for me to showcase my expression of music to audiences worldwide. There are so many great artists out there and having them on the guest mix is my small way to get my audience to take notice of someone they may not have heard of before.”  For this live experience, Goos will be teaming up with Greg Tomaz – an artist known for deep progressive and techno tunes.  “Greg and I were Twitter friends long before we met in person. I was already following his music back then and really liked it. Once he moved to Bangalore and started working with Juicebox music, it was inevitable that our paths would keep crossing. Greg’s productions, track selection and presence as a performer are really great. I was really lucky to have him as the first guest on the show when the guest mix segment started and it feels like it has come full circle to have him as the first guest on the first ever ‘Journey on Tour’ showcase in Bangalore.”  As a part of the act at PUMA Shuffle, they will be playing a lot of deep, melodic and progressive tunes. “My music is influenced a lot by Indian and Arabian sounds owing a lot to my time spent in these places as a kid. I like to have a lot of percussion in my sets as well. I think these combinations of melodies that are relatable to an Indian audience along with the grooves really click. For international audiences, a lot of these sounds are new and very intriguing.” 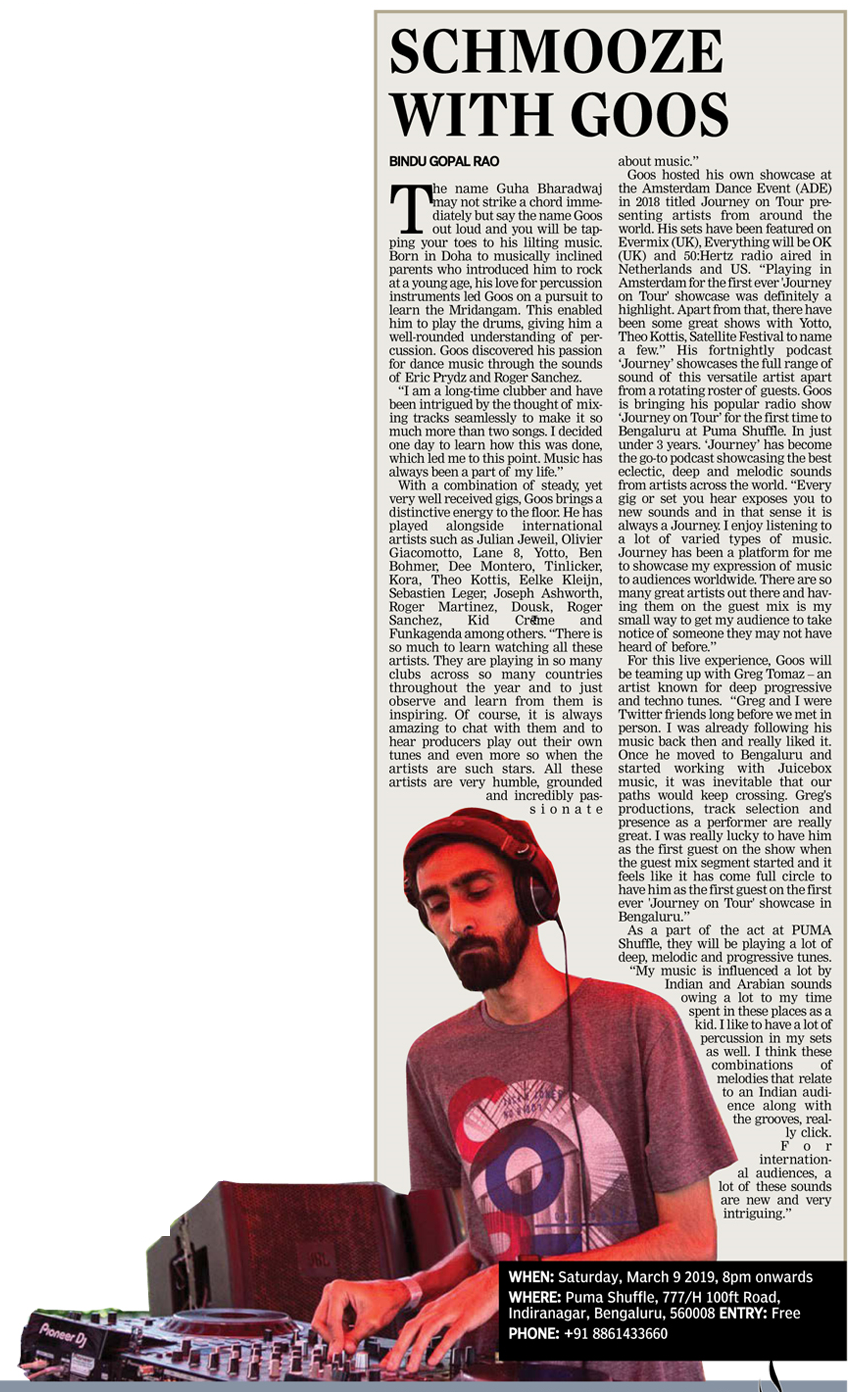