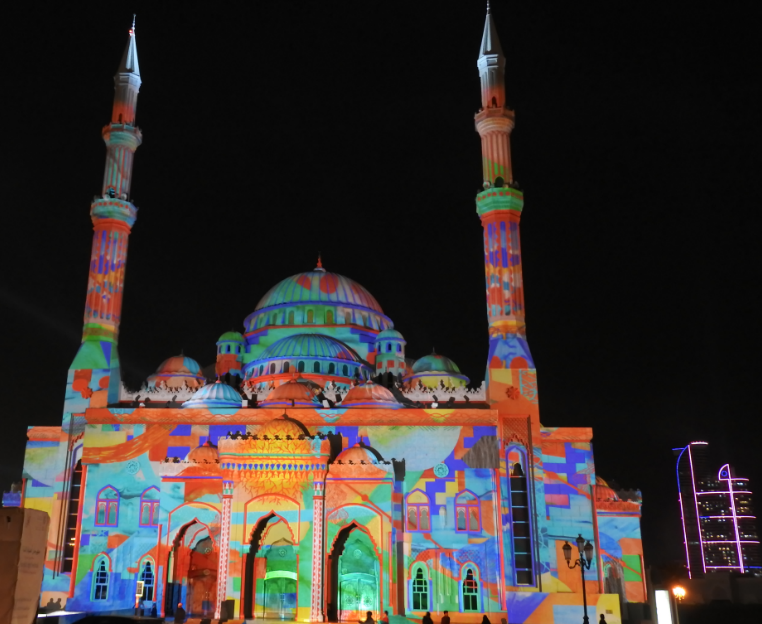 The Al Noor Mosque at the Al Majaz Water Front

When I first got the invite to attend the Sharjah Light festival in association with Air Arabia, I was wondering what it was all about. To be honest I had no clue that there was an annual festival like this but the invite piqued my interest and soon I found myself on board an Air Arabia flight from Bangalore to Sharjah. A 3.5 hour flight and I landed in a rather cold Sharjah – yes we landed in the midst of rain and extremely cold weather something I did not associate with the Emirate. Perhaps I did not even know then what was in store. Our first day was kept free and towards evening, I decided to head to the famed Majaz Water Front. Walking alongside the water and admiring the sea gulls, I stopped at the beige hued Al Noor mosque and stood admiring its stunning architecture. Soon I decided to head back to my hotel when a sweet store distracted me and I was glad I went in and learnt about the local desserts there. Probably it was a sweet distraction in more ways than one as once I headed out, I saw a sight that had me transfixed. The beige Al Noor mosque had transformed into a riot of colour. Quickly I realized that the precursor to the light festival in terms of the trials were underway. As I stood literally gasping I caught my first view of the Light Festival when I saw the laser projections that kept changing every minute projecting numerous colourful patterns. And our host Majid Al Suwaidi from Sharjah Tourism promised us there was more saying, “this is only 10% of what is in store.” 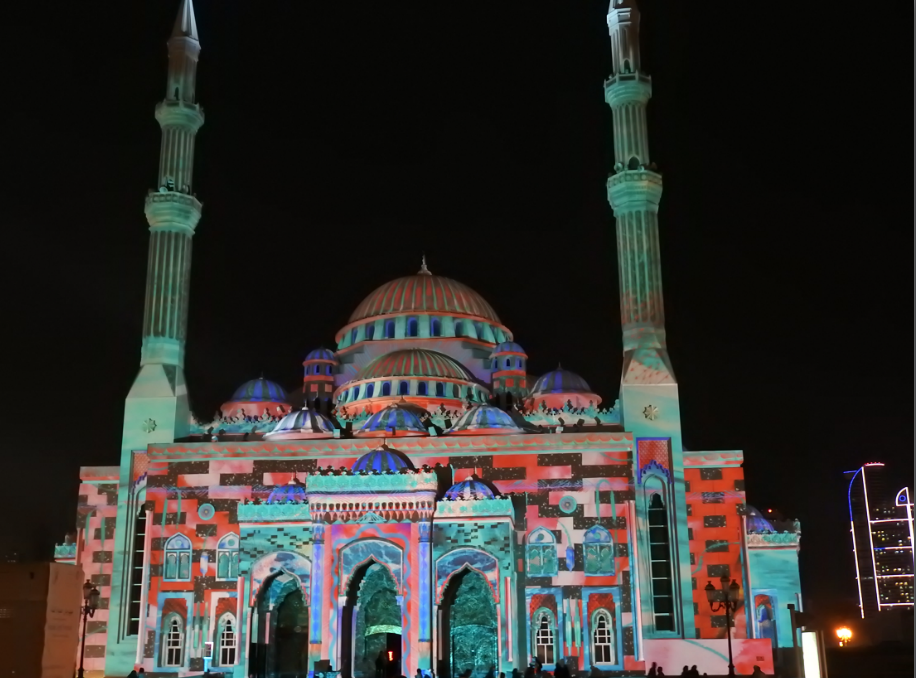 Naturally the next day was most anticipated and we headed to the University campus located away from the city to witness the inauguration of the festival. However we were greeted by strong biting winds which we ignored as we settled into the last row seats in the open air and soon tripods were fixed for the grand show. As we waited anxiously and excitedly at the same time, the rain Gods decided to make an appearance and soon we had to duck for cover and head out. Naturally the disappointment was huge but Majid promised to get us back the next day. 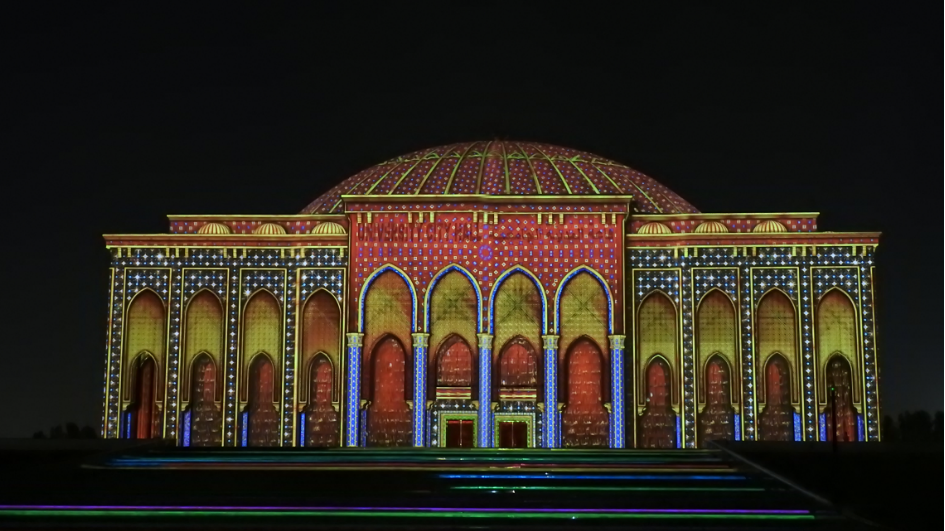 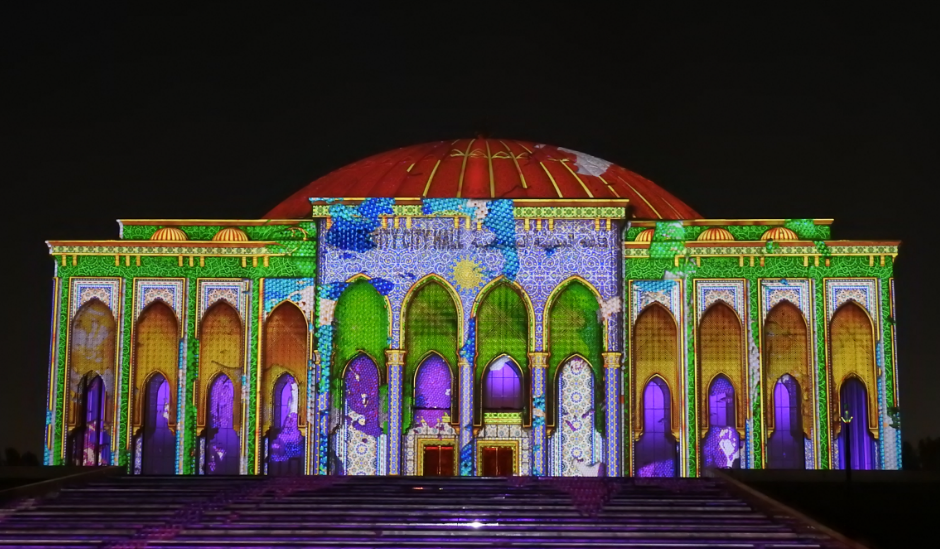 Changing patterns on the University building

So another day passed without seeing anything. In fact I had started fretting that we had not seen any part of the event we were here for on day four when the weather decided to improve and soon we found ourselves back in the same University campus. I said a silent prayer this time and soon enough the show began. We were given 3D glasses and soon the stark plain beige building became something like a cinema projecting high definition imagery that left me spell bound. The music accompanying the act was perfectly in sync and soon I started feeling I was in a movie theater! 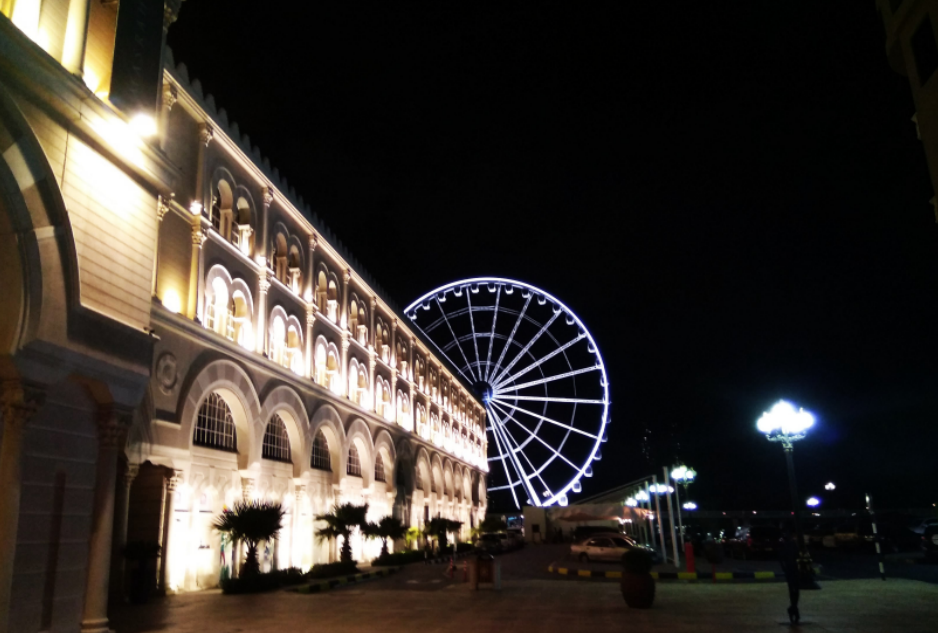 Post that there was another segment that did not need glasses but projected a splash of colour that included a flying horse and even a dove that flew from one end to the other! The colours and patterns kept changing and the visual impact was stunning to say in the least. Soon after it was time to leave and as we headed back, the colours and vibrancy of the act seemed stuck in my head. In fact even now as I write this I can vividly recollect the show which I guess is what is the charm of the festival. It leaves an impact that you will look back at fondly and that makes for a great travel learning experience for me. 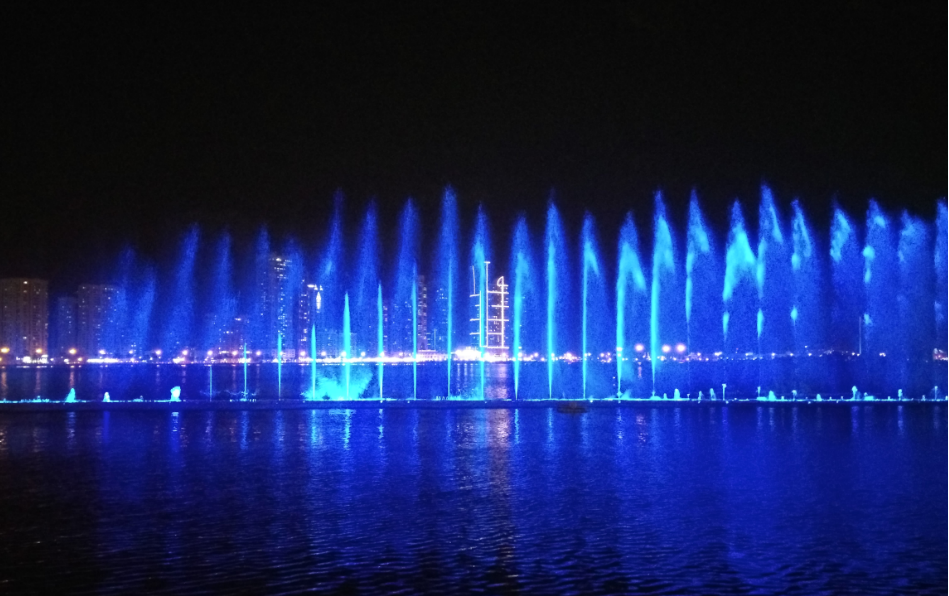 The musical light show through fountains on the water front 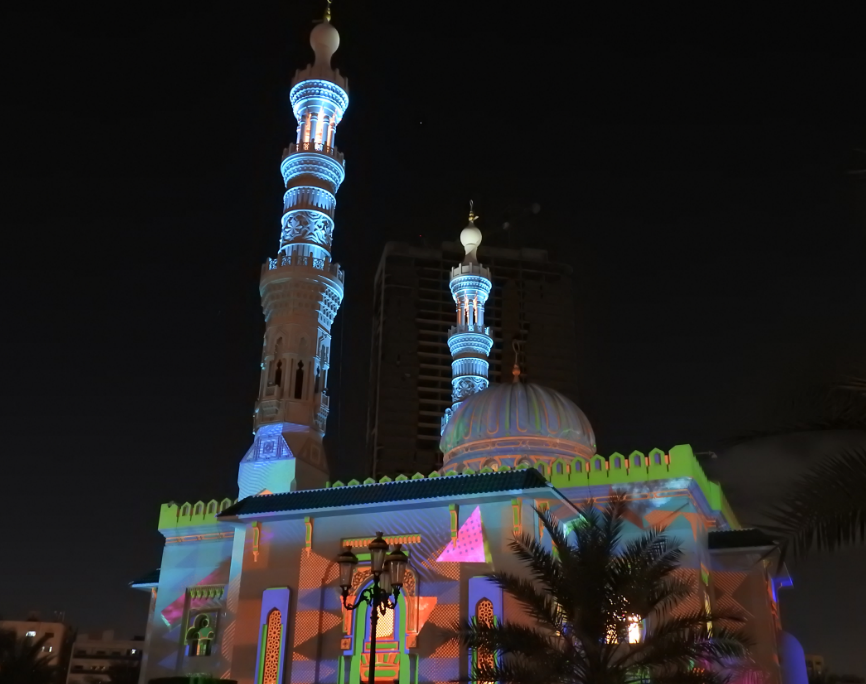 The Al Majaz mosque at the waterfront

Read my other post here and stay tuned for more about Sharjah in my upcoming posts.

This post has been possible through Sharjah Tourism and Air Arabia.