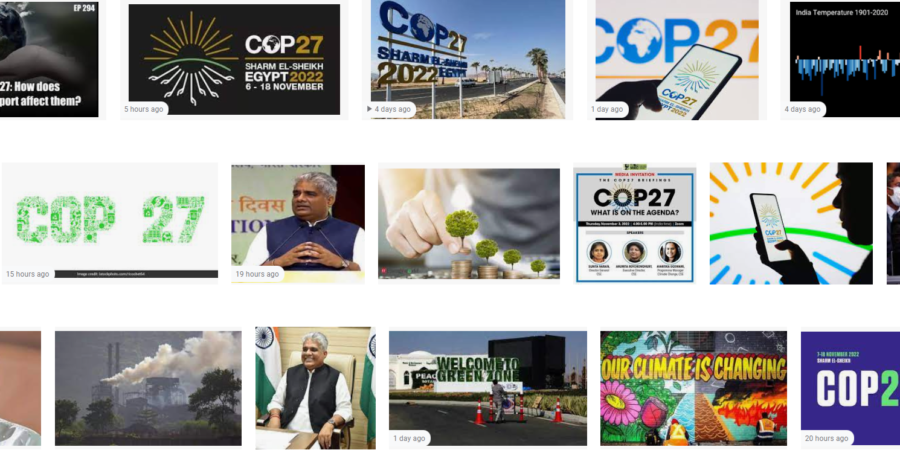 COP 27 is around the corner, and it is that time when it is important to pause to look back at progress made on promises at COP 26 and look ahead to see what else must be done.

Sharm El Sheikh in Egypt is all set to host COP 27 between November 6th and 18th and this edition will be important even as several parts of the world have seen the tangible impact of climate change with flooding, drought, and intense heat among a host of other issues.

India’s climate actions to date have been financed from domestic resources. India needs about $2.5 trillion till 2030 for Nationally Determined Contribution (NDC) and considering the country is most vulnerable to climate change this will make a big difference.

Two international students studying at the GITAM (Deemed to be University) are set to attend the 27th Conference of the Parties to the United Nations Framework Convention on Climate Change – COP27. The largest annual gathering on climate action is attended by Heads of State, ministers, and negotiators, along with climate activists, mayors, civil society representatives and CEOs.

Encouraged by the university, the students have been chosen by the United Nations to represent different organizations including MIFALI, an adolescent-led movement in Cameroon with the support of Women for a Change, Cameroon and GenEgaliteECCAS. As youth leaders, they work with young people on themes including adolescent leadership, gender equality, and climate change actions in local communities.