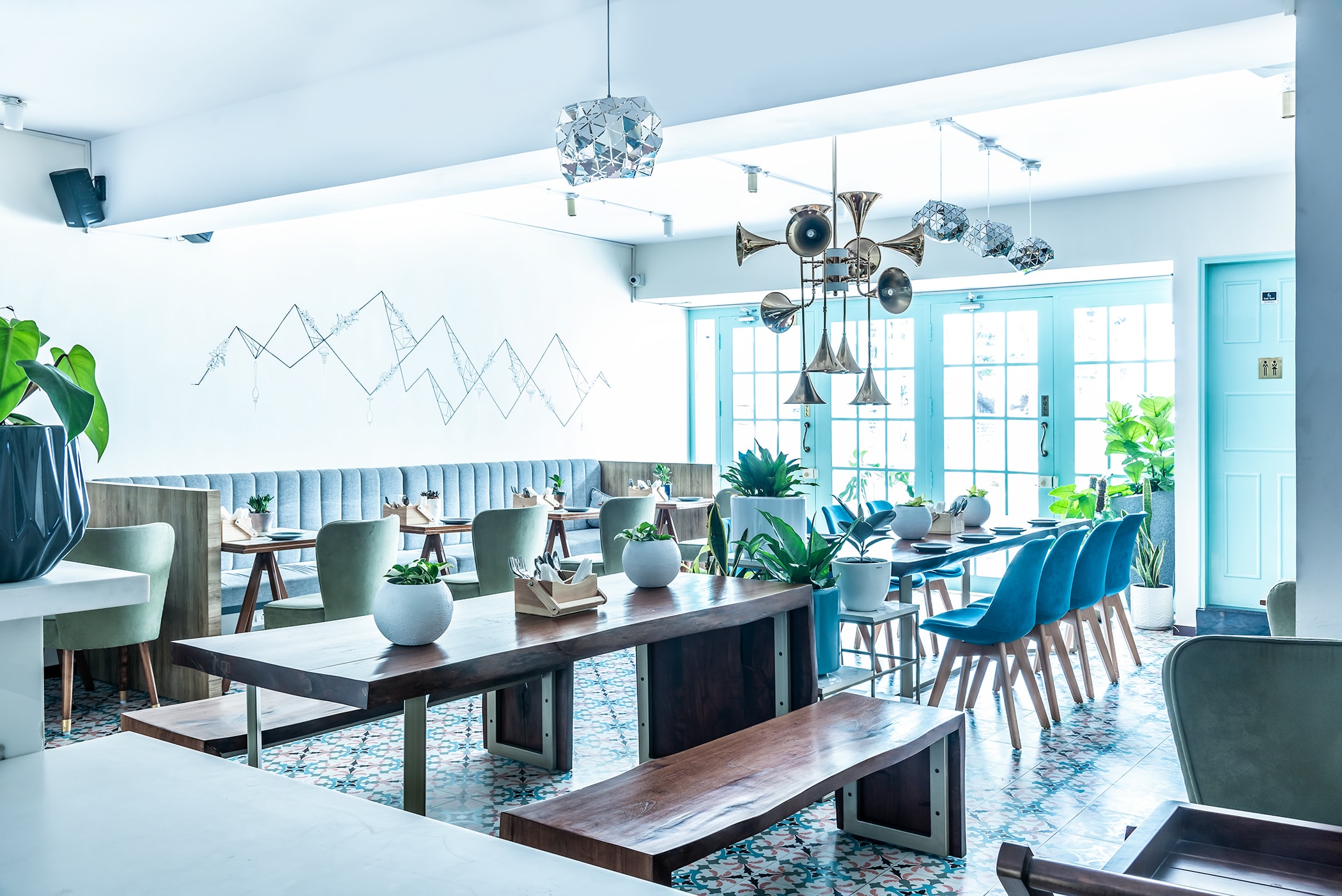 A vegetarian craft kitchen that celebrates street food from Rajma Khichdi risotto with Parmesan and Khakra crumbs to Avacado mousse papdi served with raw mango salsa, it is not just the food that makes you go gaga at Street Storyss. With its stunning teal blue colour palette interspersed with pastel hues, the restaurant not just has a cosy ambience but a décor that is as pleasing. Founded by restaurateur Akshay Luthria, the team of chefs here is headed by Chef Nishant Choubey and Chef Tarun Sibal.

Designed by Prajay Alva, Principal architect, Studio Anoma who was given a clear brief to create a very happy and vibrant place, the restaurant has an easy going vibe that is impossible to miss. “This is a space where people could bond and interact with each other, not just among themselves but across tables as well. The area being a little small was perfectly suited to this. The final iteration was also largely influenced by the sort of cuisine that we serve, which is a representation of ethnic Indian dish with a huge dose of inspiration from outside,” explains Alva. Akshay Luthria, Founder, Street Storyss adds, “we were looking to make a place which represented the old and the new but in a modern setting for today millennials. It was intentional to keep some brass elements like the trumpet lights along with some modern ones with straight lines. We matched reclaimed wood and traditional live edge tables with modern bright furniture to keep bring the old and new in a calm and comfortable setting. Since our menu is a very progressive Modern Indian menu, we wanted a similar setting where the eyes see great presentation but the food is bursting with traditional flavours in new formats.”