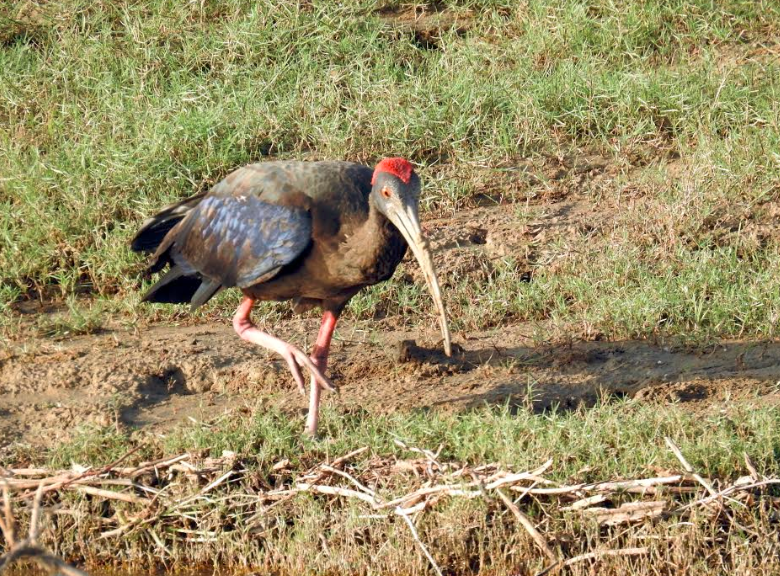 The erstwhile haunt of dacoits and a location that has inspired several Bollywood flicks, Chambal is a smorgasbord of experiences that includes wildlife, heritage and spirituality.

As our car whizzed past the deep ravines of Chambal, the group I was travelling with had one question for our driver all centered around the infamous dacoits of the area who had a stronghold here. Well, it is hard not to ask this question, after all movies make sure Chambal’s dacoits make their way to the big screen too. Abhishek Chaubey’s Sonchiraiya that sees Sushant Singh Rajput and Bhoomi Pednekar essay roles of dacoits based in Chambal. Yash Raj Films too has jumped on the Chambal bandwagon and has announced Shamshera that will see Ranbir Kapoor play a dacoit. Chambal has been the shooting sight of films like Bandit Queen, Pan Singh Tomar and Phamous. However our driver dismissed all dacoit talk saying they did not exist anymore and instead regaled us with tales of the Ichadhari Nagin. For the uninitiated this is a snake that assumes different forms including that of a human and is known to be vengeful when betrayed. While our driver was convinced that the area was inhabited by them, it was his stories that had us in splits as we made our way past the terrain strewed with wild trees and gorges as we headed to the Chambal River Safari.

The pristine wilderness, unpolluted wildlife supporting waters of the Chambal, the vibrant bird-life, the stunning landscapes, architectural gems, the temples and fair at Bateshwar, heritage village at Holipura, the warm, friendly people, and the opportunity to experience a slice of rural India is what Chambal is all about. “We usually get upwards of three thousand visitors per season (October-April), the vast majority of visitors are from abroad (90%), but we are seeing a promising increase in the number of well-travelled environment conscious visitors from Delhi, Mumbai, Pune and Bangalore,” says Anu Dhillon Singh, Owner, Chambal Safari Lodge. In fact the team here has chosen to promote the un-explored heritage of Chambal, be it the natural, architectural, cultural or historical and have been hugely encouraged by the response. “We have consciously chosen not to promote dacoit themed tourism as we do not wish to hold them up as role models in an area that seems rampant un-employment and under-employment. We talk about the Baghi the dacoit as part of the history of the land, and the harsh reality of it. We do not glamorize that reality or project ‘Sholay’ style events,” avers Anu. Incidentally a Bird Festival was also held on the occasion of the recently concluded International Wetland Day where school children were invited to participate. Anand Kumar, Deputy Conservator of Forest, National Chambal Sanctuary Project headquartered at Agra says, “in the 2017-18 season we had 532 domestic and 772 foreign tourists and this year we have seen 320 domestic and 348 foreign tourists upto Jan 2019 only at the forest and expect more as the season continues for a few more months. As forest facilities are quite less we have renovated a rest house at Etawah and are renovating one more which will help with accommodation for tourists.”

Call of the Wild

My first stop was of course at the National Chambal Sanctuary (NCS) that stretches over the 400 km Chambal river (that spreads to Madhya Pradesh and Rajasthan also). What is dramatic is that the landscape dominated by the stunning water that is serene and calm. The 1235 sq. km sanctuary has been granted a Protected Area Status in 1979 to revive the Gharial population that was once subject to rampant poaching. Today, there are boat safaris that will take you into the deep waters to reveal some fascinating wildlife. The naturalists on board are knowledgeable and also have a sharp eye to spot wildlife too. When I was here, I was delighted to know that this river is home to fresh water river dolphins and my patience was rewarded when I saw them jumping in and out giving a peekaboo into their antics which was unlike anything I had seen before. The river is home to a variety of birds as well including sandpipers, egrets, bar headed geese and more. I was thrilled however to spot the red headed Ibis and Ruddy Shelduck as well as Painted Storks that added a dash of colour to the stark landscape. This is where I was fortunate to spot the famed ghariyals, crocodiles and the critically endangered red crowned roof turtles.

Close by on the bend of the majestic Yamuna is the 40 plus temples dedicated to Lord Shiva at Bateshwar in hues of white that stand majestically on the ghats of the river. The temples are along the riverfront and make for a compelling sight when you see them at one go. You can also hop on to a boat for a ride that will get you up close with the temple structures. There is a special aarti that happens here once every full moon and makes for a beautiful sight against the moon light. November sees the annual animal fair here one of the largest in the country, second only to the one in Sonepur in Bihar.

When you are here, a visit to the living heritage village of Holipura is a must. Said to be inhabited by the Chaturvedi clan who claim to descendant from the Greek soldiers of Alexander’s army, there are several ancestral homes or havelis that are still seen here. The small village can be seen on foot and we were lucky to have the village head personally shows us around. This is where you can admire the architecture of the homes that blend Mughal and Colonial architectural styles. A few havelis can also be visited and many of them are still inhabited by the original owners who are now very old and yet retain their enthusiastic spirit. In fact the pride of the people here in their homes and culture is worth emulating. The village tour will take you into the many by lanes each of which have some fantastically carved doors that make for Instagram worthy images too. And if you thought Chambal was all about dacoits, think again, there is much more to explore here. Ready for a wild holiday?

This story first appeared in The Hindu dated May 2, 2019 here: 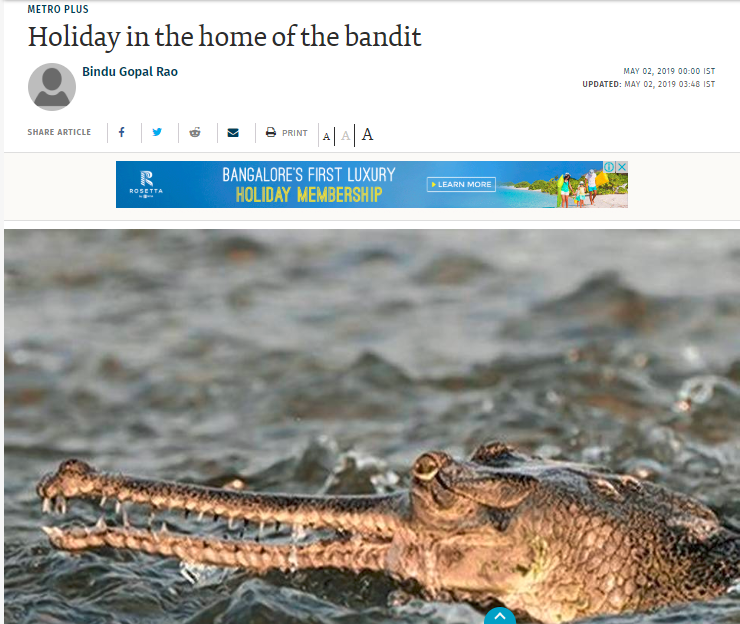