While time and apathy have chipped away the relics from the history books, some places still bear the mark of India’s freedom struggle.

Come August and there is a palpable sense of patriotism in the country. Perhaps it is the fact that Independence Day is in this month. After all it is a small tribute we can pay to the people who ensured a free India that we enjoy today. And what better way that visiting a few places that have been a mute witness to the freedom struggle.

The site of the infamous Jallianwala Bagh Massacre that happened on April 13th 1919, this ten minute firing took 379 lives and injured over 1200 people. This happened whenBaishakhi Pilgrims and non-violent protesters (protesting against the confinement of freedom fighters Satya Pal and Saifuddin Kitchlew) were fired at on the orders of British Army Commander Reginald Dyer. This incident is widely believed to be a turning point in the freedom movement. Set amidst a public garden, close to the Golden Temple this place also has a well where many people jumped inside to save their lives. Take a moment to check the memorial built in honour of the victims as well as the wall that has bullet marks that are still preserved. A sound and light show happens every evening too.

A colonial prison used by the British to exile Indian political prisoners, the Cellular Jail is also called as Kala Pani. Used after the first war of Independence in 1857 as a means to suppress revolt, this was used as a means to punish freedom fighters and isolate them. Today of course it is a museum with seven galleries including Netaji gallery, art gallery and freedom fighter’s photo gallery among others.  A regular sound and light show that recollects the freedom struggle also happens regularly.

The home of the valiant Rani Lakshmi Bai, Jhansi took center stage in the Sepoy mutiny. Known for her valiant nature (that is now a Bollywood movie in the making), she led her soldiers to fight the British during the Sepoy Mutiny of 1857 and sacrificed her life in 1858 fighting for freedom. While you are here check out the Government Museum, Jhansi Museum, Gandhi Museum, Fort of Jhansi and Rani Mahal.

The place where Mahatma Gandhi lived with his wife for 12 years, the Sabarmati Ashram is the place from where he started the Salt Satyagraha in 1930. Also known as Dandi Salt March this was one of the important events that led to ideology of non-violence and tolerance. The ashram is today a museum that has everything to do with the Mahatma and works tirelessly to conserve and protect all the items related to him.

This is a pristine white monument where Mahatma Gandhi, Kasturba Gandhi and Secretary Mahadevbhai Desai were confined during the Quit India Movement in 1945. As both the wife and secretary passed away here, their graves are part of the campus. The palace is set amidst a lush landscape and is the site where the movie ‘Gandhi’ was shot. The picture gallery and museum here traces the history of the freedom struggle as well as exhibits some of the personal items used by Mahatma Gandhi during his stay here. You can also see some of the furniture including the dining table as well as letters written by the Mahatma here.

Mangal Pandey may be a name that most people know thanks to the many movies made on his life but if you want to know about a place tied with his life it is at Barrackpore which is the oldest cantonment in India. This is the site where Mangal Pandey declared war against his commanders and started the famous rebellion of 1857. In fact there is a park dedicated to the martyr here.

This research based institute was home to Lord Dufferin the then Viceroy of India. The beautiful Scottish architecture inspired building has stunning teak wood interiors and has been the venue of several conferences including the Shimla Conference and Agreement between 1945 and 1947. Today of course it is a center of education and you can actually see the place with a guided tour of the place that will take you through the four rooms inside.

So this August, take a patriotic trip and go down the nostalgia lane. It is an exciting journey to see your history books come alive.

This story appeared in the August issue of Airports magazine here: 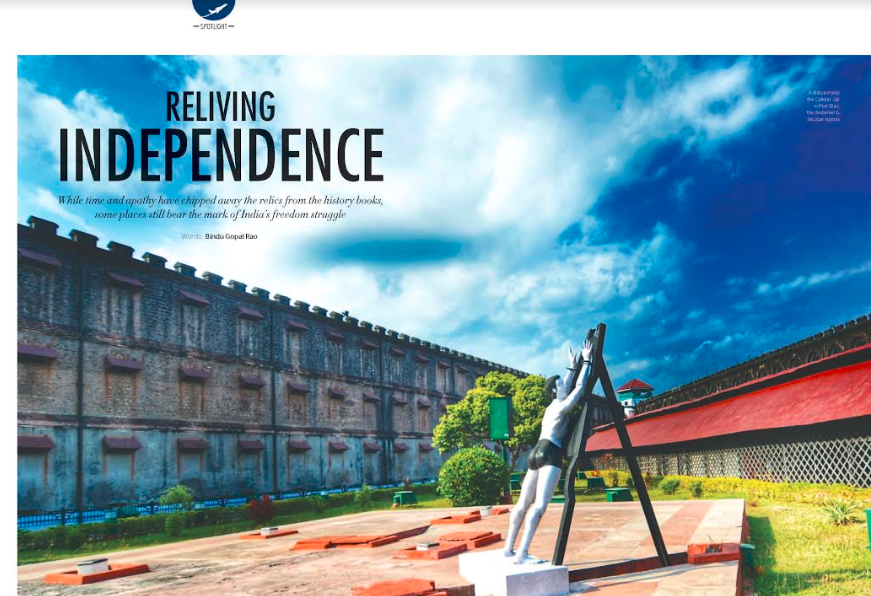 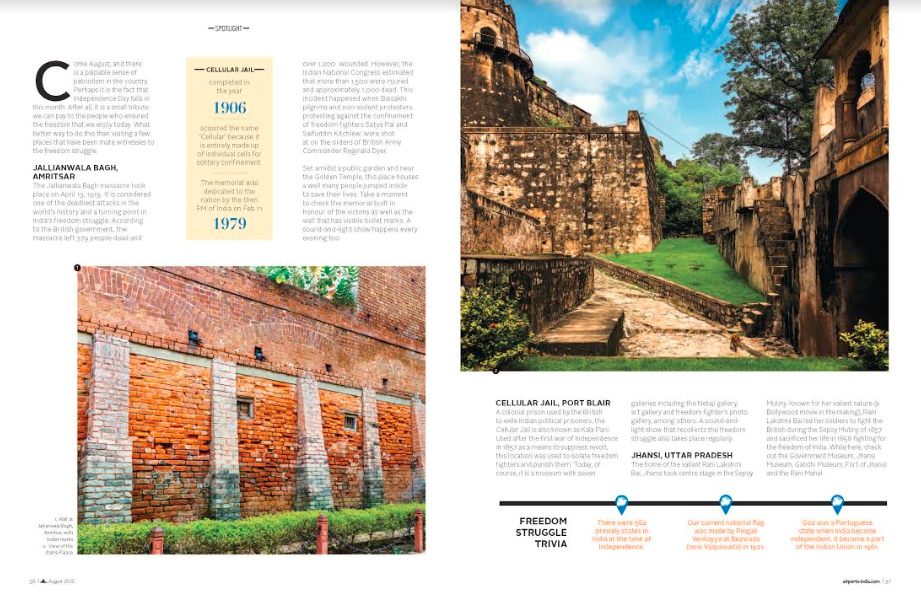 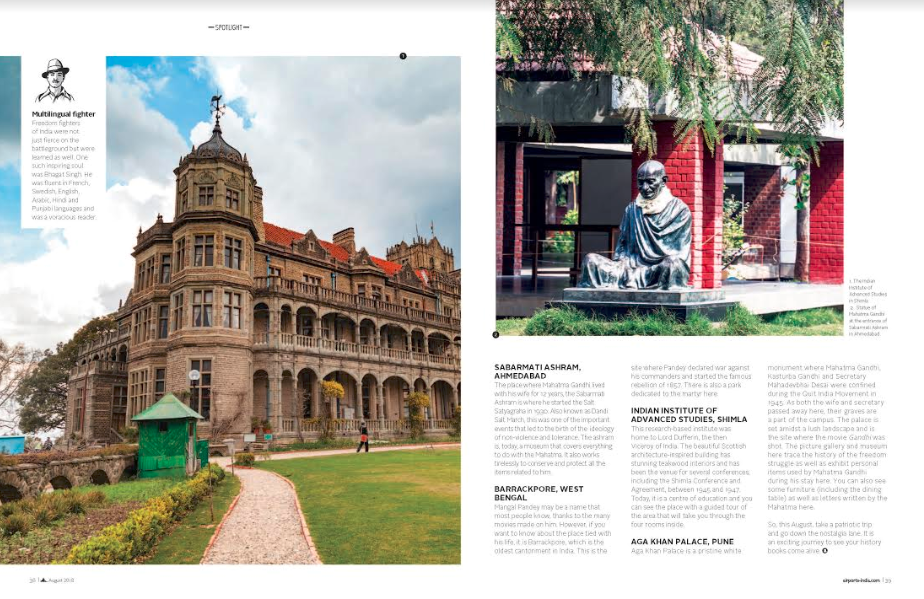