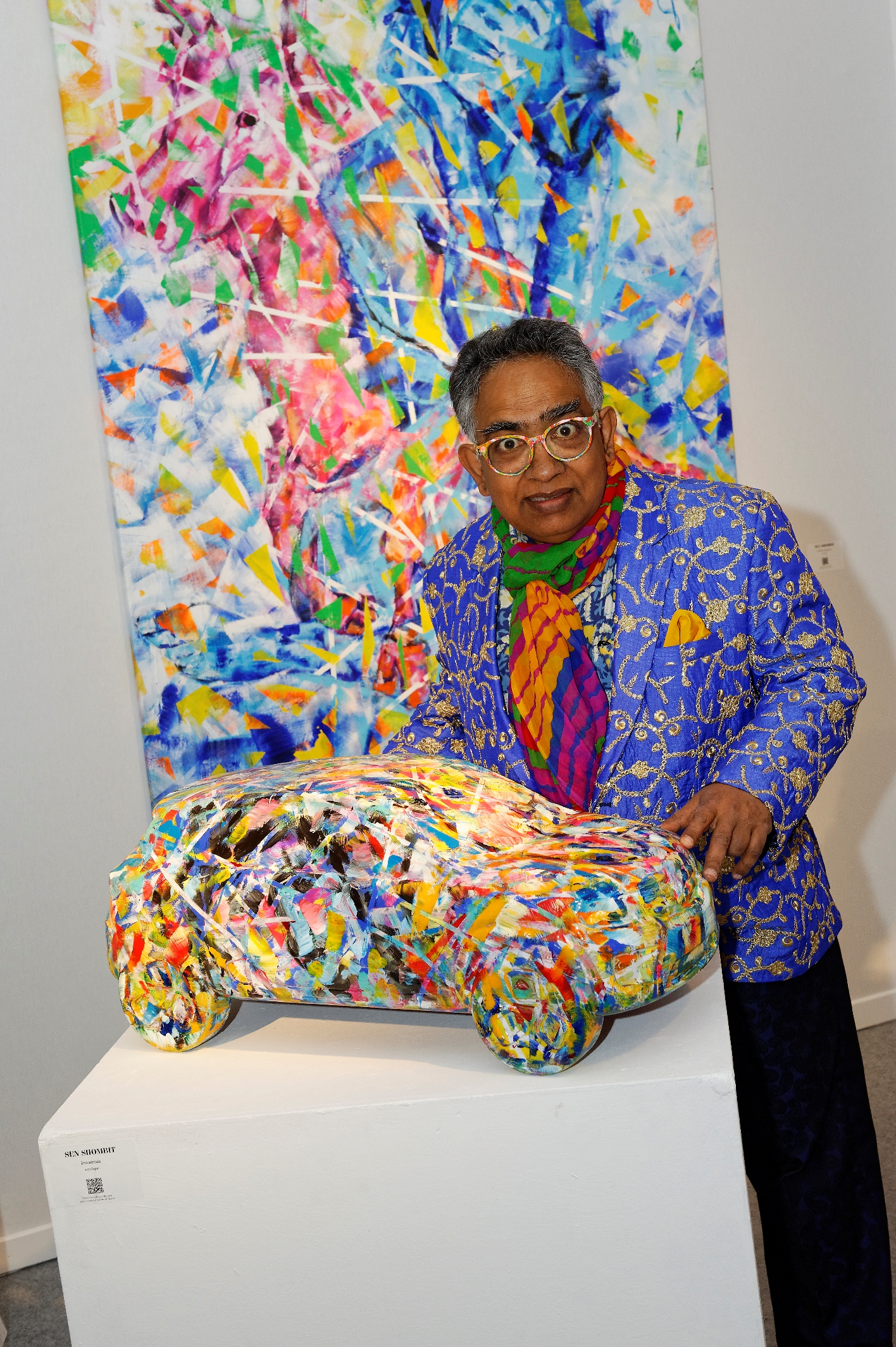 Artist Sen Shombit recollects how being consistent is going to be the key to grow the value of his art in the future.

After having recently exhibited at Salon des Beaux Arts 2018 at Carrousel du Louvre and Salon d’Automne 2018 at Champs Elysees, Paris, French artist of Indian origin Sen Shombit debuts in Bangalore with a solo exhibition called “Abstract with Hidden Figuratives” at Gallery Time and Space from 16 January to 10 February 2019.

Born in 1954, Sen lived a poverty-stricken childhood in a slum-like refugee camp outside of Kolkata without electricity, sanitation, or potable water. “From a very early age I started to practice drawing and clay modelling in the squatted refugee camp called Shohidnagar in Bengal where I was born. My parents were forced to flee here from East Bengal, leaving everything behind during the partition of India. For livelihood generation, some East Bengal refugees used to make mud dolls, idols, different pottery items and shell ornaments. These artisans were my artistic inspiration. By spending time with a neighbor I called Shubinoy uncle, I learned about artistic sense and imagination. He had studied art and used to paint as a hobby. He used to say that to become an artist the brush, colour, palette, canvas and the mind need seamless convergence. At that time I did not understand the depth of what he was saying, but later these words have stayed embedded in my mind. He remains, till today, my real mentor,” recollects Sen. 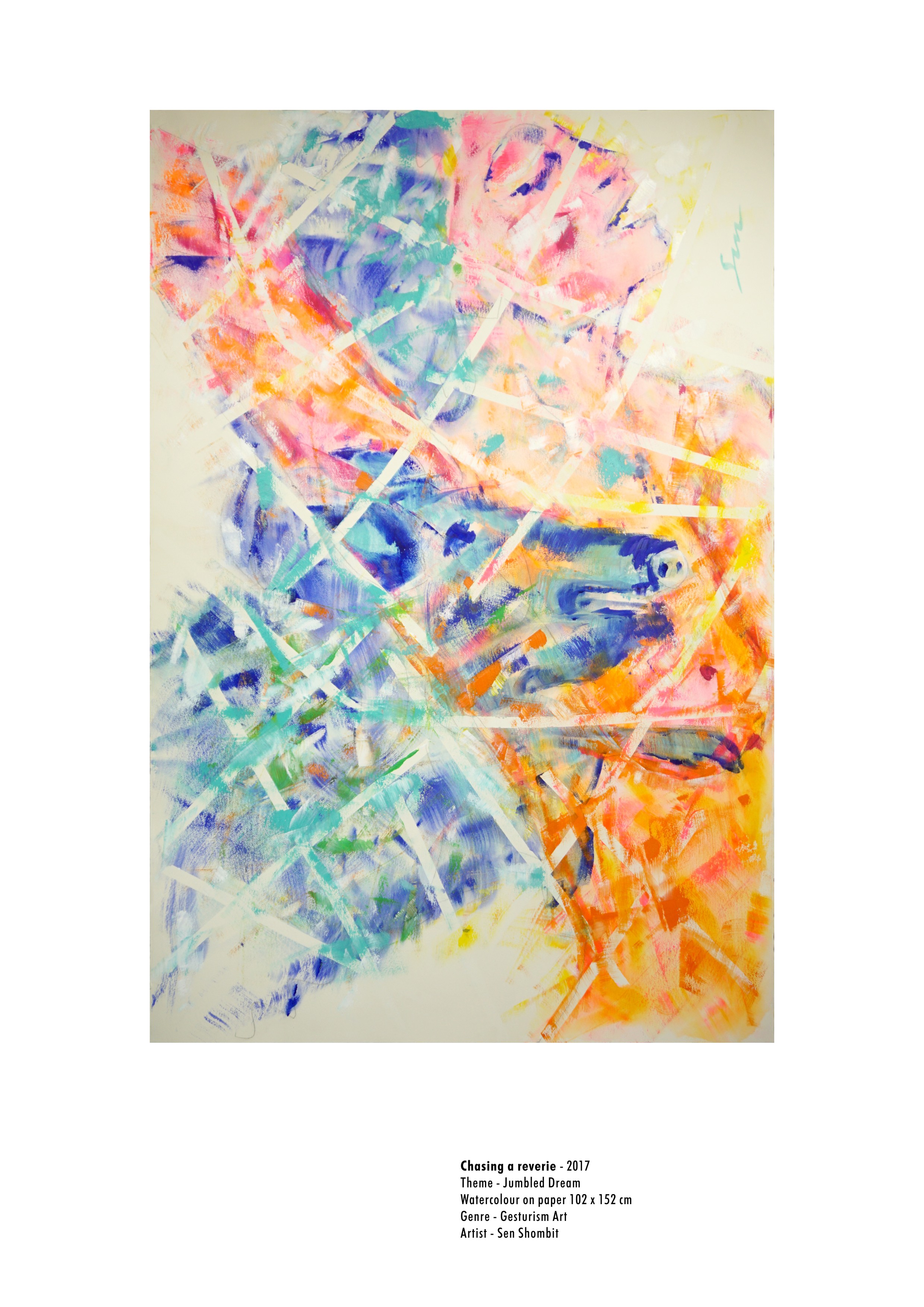 Soviet Russia used to send illustrated books for children to the Communist party written in Bengali in the 1960’s. “My father would often bring a few for me when I was a child. I found lots of stories on French revolution, human rights, French communism and the world of art. This was my initial introduction to French art and society. From those books I discovered there was a French territory in Chandannagar. The French architecture in Chandannagar was exotic and subconsciously unparalleled visual attraction for me,” says Sen. When he joined the Calcutta Government College of Art, he started to discover Victorian Bengal and compared that with French Bengal of Chandannagar. “Once a college friend took me to the American library, then housed at SN Banerjee road. That’s where I discovered, in a glossy art book, the artist who changed his colour palette due to French influence that my father had seen a film on. It was Vincent van Gogh who painted the dark “Potato Eaters” in Holland, and on arrival in France he painted the bright “Sunflowers”. Here I also discovered that 600 years ago Leonardo da Vinci immigrated to France at the end of his life. This is the way I yearned to drown myself in the French artistic world,” says Sen. For the love of art, at age 19, he adventurously voyaged to Paris in 1973 with only $8 in hand. “France has contributed to my life in every way. For me it is a country of inspiration in every breath. This extraordinary human society has won my heart. I am an immigrant Frenchman of Indian origin. French persons I have met have always considered me as part of their society. This amazing acceptance I have experienced has been marvelous,” says Sen.

Sen’s Gesturism art ideology was ignited and developed in France where he continues to spend half the year even now to regularly discover new things in terms of intellectual, artistic and social development. “Gesturism Art is abstract with hidden figurative. There are three visual characteristics present in Gesturism Art. They are impromptu, gestural movement and irreverent colours. Plenty of gestures make Gesturism Art vibrant. This new ideology of painting has paintings and “désordre harmony” which is a painting installation on a frame of multiple canvases. Viewers can interact with my artwork to recompose it or create thousands to millions of versions because each canvas can move 360 degrees. If they are curious, they can always find my original painting which has some figurative element,” avers Sen. The origin of his idea of “désordre harmony” is influenced by India’s heterogeneous population of extreme diversity that results in unpredictable physical disorder in every aspect of life. It is extremely anti-Cartesian, and diametrically opposite to structured logic. Looking ahead Sen will continue exhibiting his Gesturism Art to art lovers across the world. His advice to aspiring artists is that they need to pick up good strength to participate in the $51 billion yearly global art market. “It is the responsibility of this next generation of Indian artists to involve writers, philosophers, art critics and journalists in understanding and analyzing the meaning and value of art movements. India has to create new schools of thought and establish art movements so that the rest of the world will recognize them as new genres of art emanating from Indian artists,” concludes Sen. 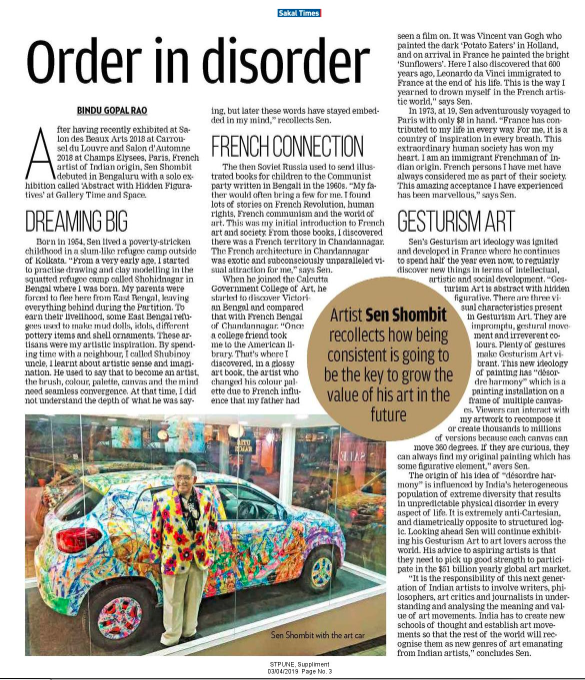