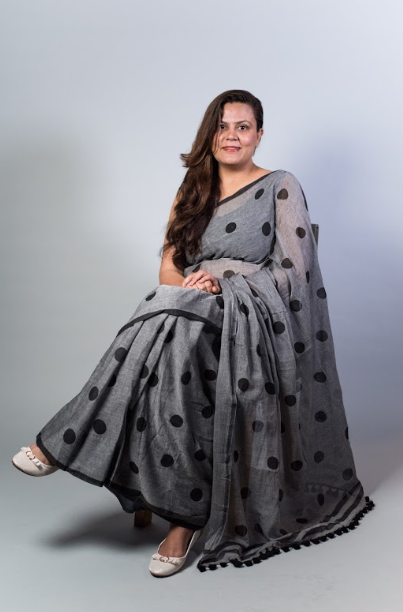 Iti Tyagi, Founder of India Craft Week (ICW) tells us about why art and culture are an intrinsic part of her life.

The fact that India is a cultural hotspot and a melting pot of all things art is something that is undeniable. It was this very aspect that fascinated Iti Tyagi even from a young age. “My father had a publishing house, and most of the times we were exposed to the works of the country’s well established people. Hence, as a child I have grown seeing, understanding and meeting them. I have always been closely connected to our rich Indian culture and heritage.” After pursuing a degree in Fashion Design and Clothing Technology from NIFT, Tyagi started working on different projects, the majority of which were in collaboration with international home and lifestyle brands. “Since these brands produce a major chunk of their products in India, I got the opportunity to work with craft clusters like Saharanpur, Moradabad, Khurza and others. It was my interface with Craft (Industrial) clusters, and since then I was keen to work towards building this sector which employs millions of people across India.”

While working closely in the field and with the clusters, she realised that developing and building an interface all across the rural parts of India would take many decades. And hence she felt the need of urban centers like Craft Village to be established, for the training and promotion of crafts along with building of an extremely quick connect with urban and global population that consumes and patron’s crafts. “The idea of initiating an ecosystem like Craft Village struck me long back when I was part of cluster development program.” A key challenge however was to get the younger generation involved with the craft, “We have taken an initiative to train the GenNext craftsperson to collaborate and innovate in order to create sustainability from the craft form. For instance, Kritika Joshi, who comes from the lineage of Joshi Family of Bhilwara, that practices ‘Phad Narrative Art’, is a graduate of IICD. We have engaged her in various client projects as the “Designer” where she has used the adaptation of Phad Narrative Art herself as she is a trained design graduate to adapt in home and lifestyle products, which has greater market than folk art. We are also giving her an opportunity to be part of London Craft Week this year as she has already been a part of India Craft Week last year. All the exposure and work opportunities are helping her to connect with a better market and clientele as well as providing her the recognition and acknowledgement she needs as an artist. Hence, if the income is sustainable, work opportunities are good and the recognition is the right place, the new generation would surely be interested to invest their time and resources in what their father and forefathers have been practising.”

Iti has worked through EDI (Entrepreneurship Development Institute of India) & NID (National Institute of Design) on cluster development projects. According to her, currently the Indian Craft industry needs more sense than money, with disruptive models and strategic alliance along new modes and methods of businesses through short-term and long-term innovative strategies. “One possible response can be to increase output from craft such so that it resembles current mass production of other goods. However, it would be in direct conflict with sustainability and the values of craft practice. The other possibility is an idealised version of craft before the industrial revolution, which is not economically viable. Therefore, a way is required to be found beyond these two alternatives.”

India Craft Week is the world’s fifth and India’s first official Craft Week, it aims to bring in focus “Good Stories-Untold”. The India Craft Week showcased evolving trends encompassing regional and folk styles, material culture and narratives from rest of India. India Craft Week has been started by Craft Village to build an ecosystem between the craftsperson, industry and consumers. This opportunity has not only helped promote rare Indian Crafts, but has helped build a global connect and perception of Indian Crafts as mainstream energy. “It built a great trade opportunity for all the craftsperson as well as most of the retailers and buying houses from across like world.  Such partnership also helps in building innovative products and processes that can be mass produced and helps craftsperson to connect with industry that creates sustainable living.” The global craft and folk tradition is disappearing fast, and ‘handmade’ has taken a back seat in a rapidly changing world, posing great danger to crafting tradition across the world. “The diminishing demand for craft products is attributed to ‘good stories untold’. These world crafts may have originated at different places, times or by different dynasty but they all look alike as if they belong to one culture, one tradition and one world. It is the spirit of people, and endless passion of craftsperson and artisan that created a meaning to the world around us, be it objects, spaces or experiences,” she concludes.