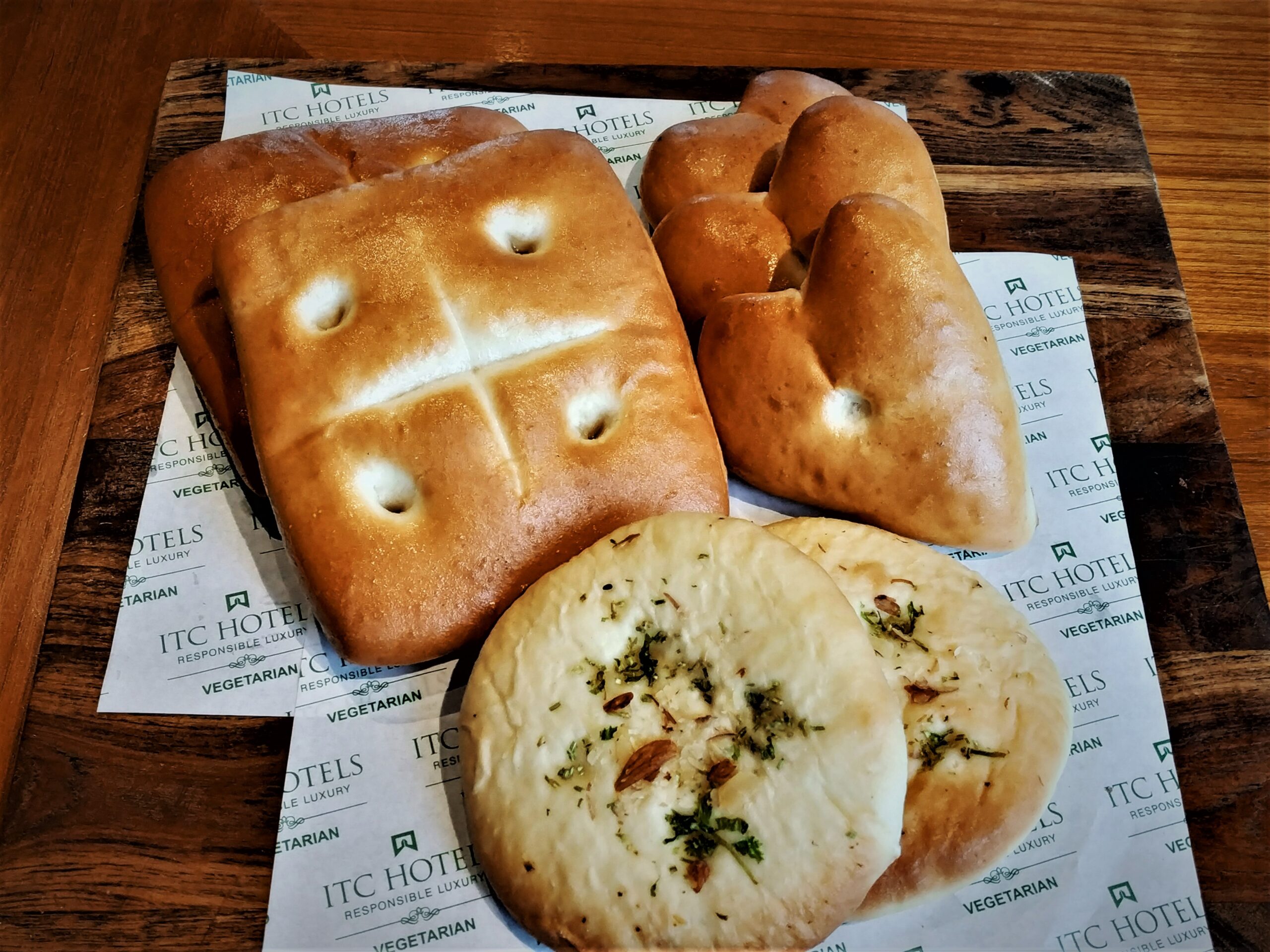 With its quintessential naans and kulchas, the breads of Hyderabad, a city in South India have a history and taste to match.

Did you know that the Hyderabad flag is yellow with a white circle and the circle represents a kulcha? A kulcha for the uninitiated, is a soft leavened flatbread typically eaten with gravy and a variety of curries. Despite being in the South of India where rice is the staple grain, the breads of Hyderabad have managed to hold their ground.

Hyderabad is a cauldron of cultures and the invading Persians/Turks brought with them their own culture. Among the distinctive bread are the Char Kona Naan is a square shaped naan, Dil Naan is heart shaped and the Sheermal is round shaped and is a richer dough with ghee included in the recipe. The most popular association of bread is however seen in a story that is widely believed to be linked with the Nizams who ruled Hyderabad. The story is that in 1712, Mir Qamar-ud-Din, the Governor of Deccan, went to meet his spiritual guide, the Sufi mystic Hazrat Nizamuddin Aurangabadi. Hazrat Nizamuddin offered him kulchas tied in a yellow cloth and the hungry Mir Qamar-ud-Din ate seven kulchas. After his meal, Hazrat Nizamuddin blessed him and prophesied that he would soon be king and that his descendants would rule for seven generations. The Mughal Empire soon collapsed and Mir Qamar-ud-Din declared independence to lay the foundation of the Asaf Jahi dynasty in Hyderabad. As a means of gratitude to the Sufi Saint who had blessed him, Mir Qamar-ud-Din adopted the symbol of the kulcha as part of his royal insignia and the colour yellow to denote the cloth the kulchas were packed in as his official flag. Interestingly, the Asaf Jahi dynasty only lasted seven generations. While there has been questions on the veracity of this story, the sixth Nizam Mahboob Ali Khan put all doubts to rest declaring that the circle was indeed the kulcha.